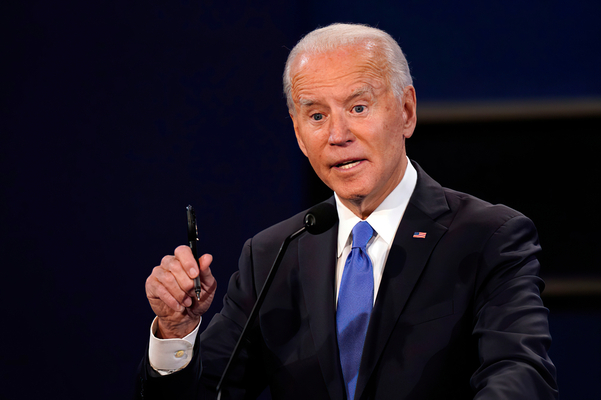 When the Framers of the Constitution wrote the Second Amendment, they sought to ensure that We the People would have the ability to resist a tyrannical centralized government. There's no question about this. The Second Amendment isn't about hunting -- it's about armed self-defense, both against criminals and against tyranny.

Liberty-loving Americans won't be surprised to learn that President Joe Biden doesn't believe the Second Amendment is relevant to 21st century America. In a recent speech announcing a crackdown on gun stores, Biden ridiculed the idea that an armed populace could ever resist the United States military.

BIDEN: You’ll need F-15’s and nuclear weapons to take on the government pic.twitter.com/dAZ0yeaq2y

Biden's attitude here is even more shocking than the gun control proposals he's pushing. According to our President, the federal government is all-powerful and everyday Americans should get in line. There's nothing We the People can possibly do to limit federal power, and we shouldn't even try.

We should be clear that we at the Convention of States Project are in no way advocating for armed violence. In fact, we're doing the opposite.

Along with the Second Amendment, the Framers, in their wisdom, outlined another way We the People could limit federal overreach. Article V of the Constitution allows the states to call a Convention of States for the purpose of proposing constitutional amendments. These amendments can put the President back in his constitutional box by limiting his power, banning executive orders, and shrinking the authority of all three branches of the federal government.

In addition, amendments can also be written that shore up Second Amendment rights and ensure that the federal government will no longer infringe on our right to keep and bear arms.

Joe Biden is wrong. We the People can fight back against federal tyranny -- not with guns but with the Constitution. Sign the petition below to join the movement!