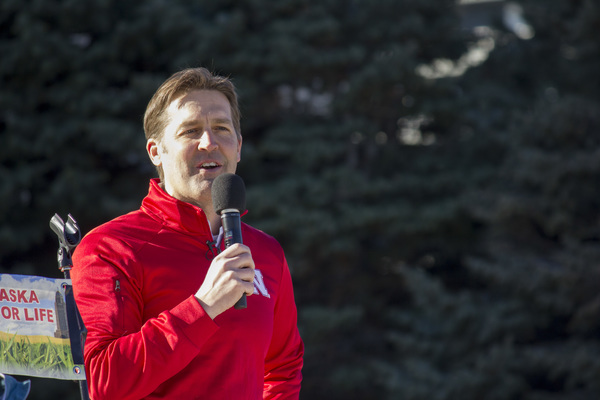 Nebraska Senator Ben Sasse is known for his faithful dedication to limited government and strong conservative convictions. In an op-ed for the Wall Street Journal this week, he proposed a term limits amendment he believes will dramatically improve how the U.S. Senate operates.

One of the biggest reasons Congress gives away its power to the executive branch is that it’s politically expedient for both parties to avoid the decisions that come from the work of legislating. Lawmakers are obsessed with staying in office, and one of the easiest ways to keep getting re-elected is by avoiding hard decisions. We ought to propose a constitutional amendment to limit every senator to one term, but we should double it from six years to 12. Senators who don’t have to worry about short-term popularity can work instead on long-term challenges.

In other words, our elected representatives in Congress allow bureaucrats to make the laws because those laws might be unpopular and cost our representatives their seats. This is cowardice, plain and simple, but it's a reality in D.C.

Sen. Sasse's amendment would relieve senators from the pressure of getting reelected. They would serve a single 12-year term, and that's it. It's an interesting idea, and would likely encourage our senators to actually legislative rather than constantly campaign.

But there's just one problem: what senator in his or her right mind would vote for a constitutional amendment like this? Why would they willingly vote themselves out of office when their entire lives are spent trying to stay in office?

Sen. Sasse's idea might be good, but it's a pipe dream to believe a term limits amendment will come from Congress.

Fortunately, we have a better idea: an Article V Convention of States.

A Convention of States is called and controlled by the states, not Congress. The states can propose a term limits amendment to get career politicians out of D.C., and there's nothing Congress can do to stop them.

Once that proposed amendment passes out of the Convention, it goes back to the states, where 38 states must agree to it before it becomes part of the Constitution.

There is a way Sen. Sasse can make his amendment a reality. But he should look to the people and the states -- not D.C.  -- to enact the kind of limited-government change he wants to see.

Sign the petition below to join the Article V movement!