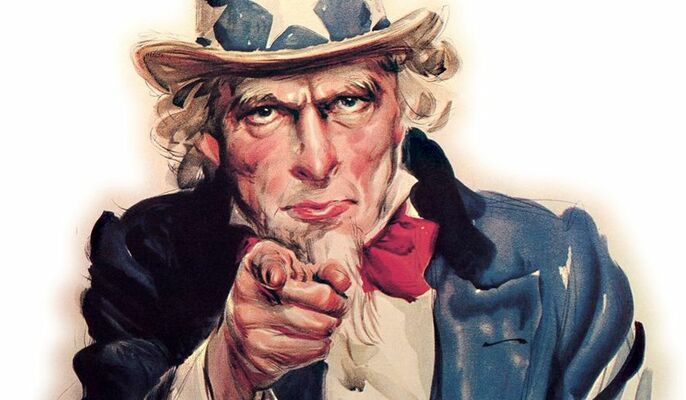 Patriots come in all shapes and sizes and from all walks of life. Patriots arise at times of crisis when their nation needs them most. Merriam-Webster’s dictionary defines a patriot as one who loves and supports his or her country and is ready to boldly support and defend it.

Webster offers context into the meaning among Americans following the Revolutionary War as the name given to “…the brave men and women…who defend the rights and freedoms of their country.” This sentiment endures. Are you a 21st Century patriot?

In an article published in Townhall magazine, Arizona State Representative Jake Hoffman deftly recognizes that our nation is at the precipice of a monumental and potentially irreversible avalanche of federal government interventions with socialism as its ultimate destination.

Hoffman says, “Never in our nation's storied history has there been a more important moment for citizens of every persuasion to step up and engage in this battle—a battle for the very soul of our nation.”

I am inspired by Hoffman’s article. Patriotic Americans–whether they be elected officials or grassroots activists–must meet the calling of our time as our Founding Fathers did. Sitting on the sidelines expecting your neighbor or elected representative to be the patriot is not an option. We are the patriots of the 21st century.

Hoffman calls us to action in his closing:

Yet, as the world darkens, as society and our politics becomes more unstable, the solution is not to recoil in exhaustion, fear and disgust. The solution is greater engagement. No matter how insurmountable the challenges we face may feel, the answer lies with everyday Americans simply having the courage to faithfully step into the lion’s den as unwavering voices for truth.

The road ahead—to hold the line against the impending radical agenda of Washington, D.C., despots—surely won’t be easy; however, it is a road that we must travel with steadfast resolve and conviction in the pursuit of truth, justice, and constitutional self-governance.

There are countless ways to express your patriotism. Find the avenue that works for you. The patriots who fought for our Independence from a tyrannical government an ocean away didn't wait for someone else to take action.

We need your help. Convention of States Action Maryland is embarking upon a 50K Race to Liberty. Our goal is to reach 50,000 petition signers in the state of Maryland by December 31st.

Spread the word. Take the extra step and forward this article to your circle of influence. Ask them to join us in our 50K Race to Liberty and share the Convention of States Petition.

In the meantime, look for our series highlighting 50 Patriots who would have signed the Convention of States petition on our road to 50,000 petition signers in Maryland. 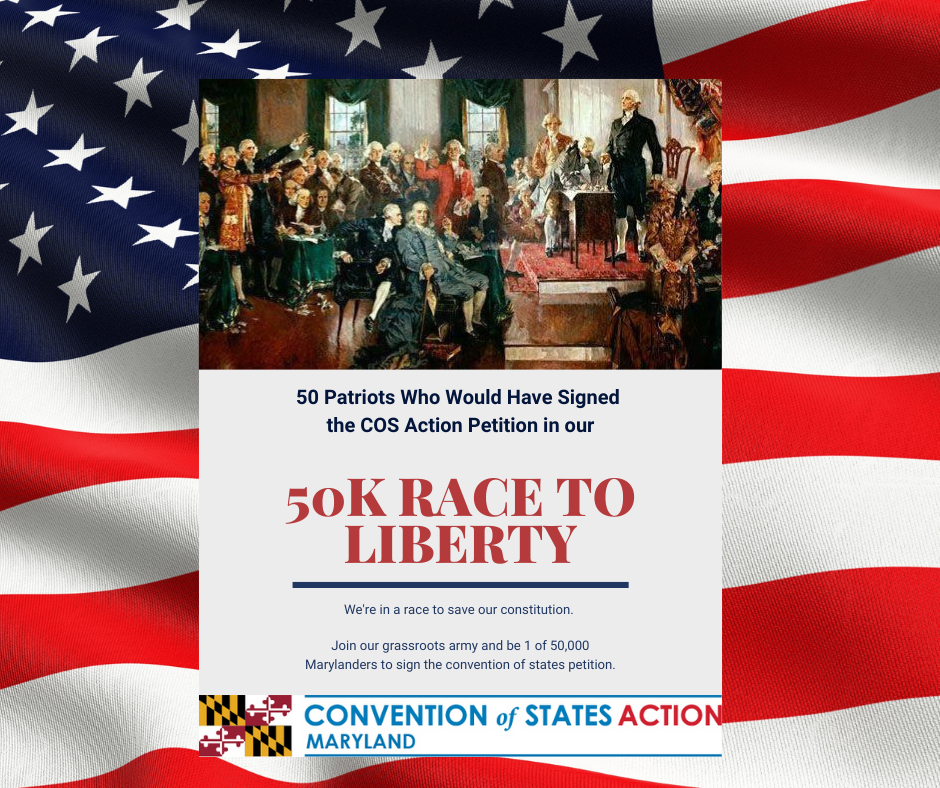 Citizens concerned for the future of their country--under a federal government that's increasingly bloated, corrupt, reckless, and invasive--have a constitutional option. We can call a Convention of States to bring power back to the states and the people, where it belongs.

Be a 21st Century patriot and 1 of 50,000 Marylanders to Race to Liberty. Join us and sign the petition at Convention of States Action today.