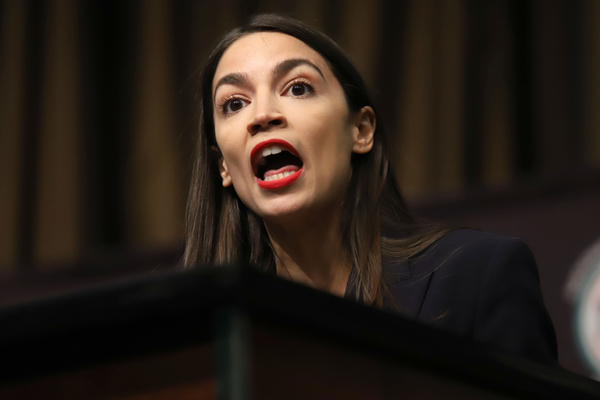 New York Representative Alexandria Ocasio-Cortez knows how to solve the problems of taxi drivers in the Big Apple: give them taxpayer money.

Handing out hard-earned taxpayer dollars is the go-to solution for most federal politicians, and AOC is clearly no different. As the Daily Wire reports,

On Thursday, Rep. Alexandria Ocasio-Cortez (D-NY) demanded that American taxpayers foot the bill to bail out New York City’s taxi cab drivers who took out loans in order to pay for taxi medallion costs that were artificially inflated by the Democrat-led city government.

“These taxi drivers need a bailout because this is not just about predatory collection practices … this is manufactured financial indentured servitude and it is wrong,” Ocasio-Cortez argued during a congressional hearing on lending. “We need to bailout these drivers, and I would like to invite my colleagues here on the federal level and our partners on the city level to make sure they get the job done.”

There's an old saying that goes, "When you're a hammer, everything looks like a nail." In other words, if you only have one solution to every problem, you'll misinterpret those problems and never actually solve them.

The federal government is like a hammer. Whenever there's a problem in the country, our "leaders" in D.C. try to solve it by throwing money at it. Usually, this money creates federal programs that do nothing but waste taxpayer funds and fail to help the people they were designed to help.

Washington won't change by itself. The "throw-money-at-the-problem-and-walk-away" strategy is too entrenched to hope that AOC and others will ever do anything different.

A Convention of States can propose constitutional amendments that significantly restrict the types of things on which Congress can spend money. These amendments can clarify the Founders' original vision of a small, limited federal government, and restore the people and the states to their rightful place of authority.

Sign the Convention of States Petition below to show your support!