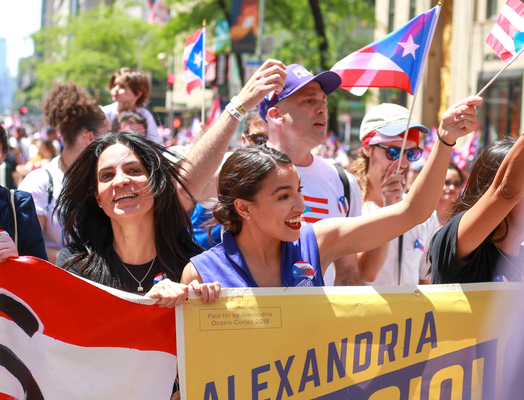 American politics has been radicalizing for several years now as both Democrats and Republicans move to the extreme wings of their platforms.

Freshman Democratic Congresswoman Alexandria Ocasio-Cortez has led her party in fundraising, and she's using that cash to bankroll far-left "progressive" candidates in their attempt to unseat Democratic incumbents.

In other words, she's working to elect more people like herself.

Through social media posts and email solicitations, she's activated her donor network to support her hand-picked candidates. In 2019 alone, she funneled more than $300,000 to candidates she’s endorsed by hosting online fundraising campaigns for them, according to records obtained by Fox News.

“I want to help frontline members by putting that money straight into their pocket,” Ocasio-Cortez said.

Nothing can keep extremists from going to Washington if duly elected by an activist minority of their constituents. But we can limit their power once they arrive, and we can do it with an Article V Convention of States.

A Convention of States is called and controlled by the states and has the power to propose constitutional amendments that limit Congress' power. These amendments can clarify that any topic -- whether healthcare or education or the economy -- not expressly mentioned in the Constitution cannot be governed by the federal government. Such provisions will forever bar big-government policies like the Green New Deal and Medicare for All, and keep the extremists from both parties from forever changing the face of our nation.

Representatives like Ocasio-Cortez can buy seats in Congress for her socialist friends, but if we can call the first-ever Article V Convention of States, they won't have the power to achieve any of their big-government dreams.