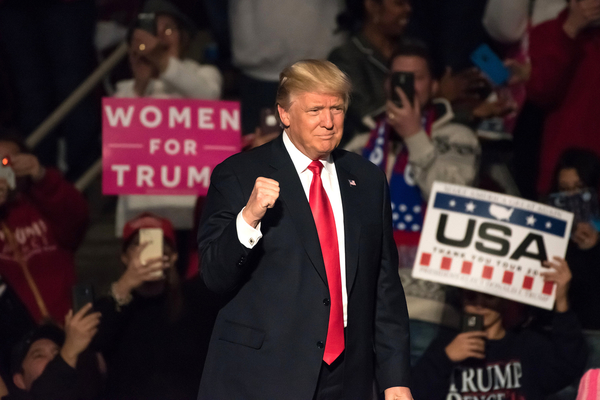 The election is just a few weeks away, and already millions of Americans have cast their ballots. If you're unsure who to vote for this year, Convention of States co-founder Michael Farris has a few suggestions.

He posted the following 10-point list on his Facebook page, and we can't think of a better set of principles to keep in mind while evaluating your candidates.

1. If the government makes a decision for you, it will almost never be as good as the decision you would make for yourself.

2. Government will never deliver a utopia. Efforts to do so are dangerous.

3. No one official should have too much power.

4. Judges and executives (presidents and governors) should not have the power to make law. That’s too much power in one set of hands.

6. Government should never get to decide what is orthodox in any matter of public opinion. (That’s straight from a Supreme Court opinion.)

7. The Second Amendment wasn’t designed to protect hunters, it was aimed at ensuring that the people can defend themselves against tyranny.

8. Religious freedom and freedom of speech are for everyone.

10. There is no such thing as government funds, every dollar comes from a taxpayer—either today’s taxpayers or the taxpayers of tomorrow who have to pay for all the deficits we create today.

Of course, there's only one way to make sure our elected officials follow this 10-step approach: an Article V Convention of States.

Even the best politicians won't willingly limit their own power. They'll never return power to the states and the people, and they certainly won't stop treating taxpayer dollars as their own personal piggybank.

Only a Convention of States can make the reforms our country really needs. A Convention of States can propose constitutional amendments that ensure you have the power to make your own decisions, limit the power of federal officials, reassert the role of state and local governments, protect the freedoms outlined in the bill of rights, and force Congress to be fiscally responsible.

In short, a Convention of States can implement nearly every item on Mike's list.

This election, vote for the candidate who you believe will make the country a better place and encourage your friends to do the same.

Then, join the Convention of States Project and help us limit the power of the federal government and protect our freedom for future generations.