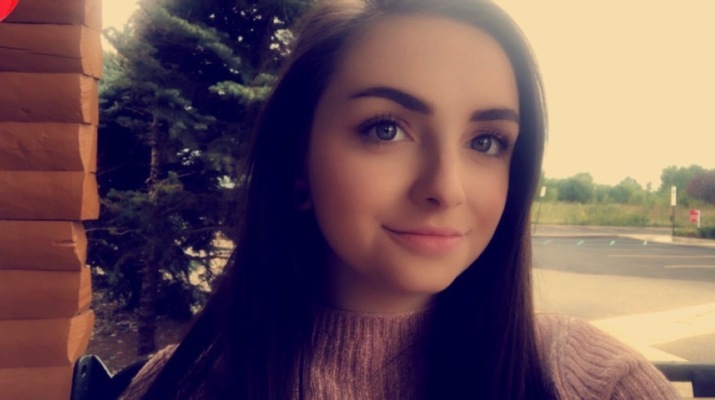 Why did I join the Convention of States grassroots movement? Well, there are really a lot of reasons why I decided to take a stand and fight for our country. For starters, I’m patriotic. I love our Constitutional Republic. I believe we have the potential to be the country our Founding Father’s intended us to be and I believe in freedom.

However, there’s really a lot more to it than that. Anyone can feel this way. As a matter of fact, I’m sure many of you reading this may feel the same as I do.

I’m asked often why I joined the Convention of States movement, and I truly find it hard to answer this with a short sentence or two. I find myself pondering the question: Do I list generic responses as I did above, or do I go into detail?

Normally my response is pretty short, somewhat generic, but still personable. However, today, I’m writing this article to tell you the story of where this all began for me. The full story, nothing generic or short about it.

My name is Kassity Goldsworthy. I’m 23 years old and currently reside in Macomb County. I have a beautiful, supportive, and inspiring mother, Kelly Goldsworthy, and my late father James McManigal. I grew up in Rochester and had what you may consider a pretty normal childhood.

Politics were never pushed on me as a kid or even really spoken about from what I can remember. I was taught the normal American things like supporting our troops, police, firemen, and first responders, our Founding Fathers fought for our freedoms, all of that good stuff.

For me, this all really started back in 2015 when I was 16 years old and Donald Trump was running for president.

I remember being shown a CNN clip that was completely bashing Donald Trump. It was showing bits and pieces of his speech. I could tell they were cropped, clipped, and mashed together. Once the clips were done, the news anchor then told you how you should feel about this speech. Rather than sitting there and letting the people listen and form their own opinion, they shoved theirs right down your throat.

Now, this did not sit right with me. I didn’t know why at the time, but later on I did.

I wrote down what speech of Donald Trump this CNN clip supposedly came from. The moment I got home, I looked up the full video. I watched it all, listening to his words extremely carefully. I realized CNN had completely lied and botched what this man had actually said.

Now, whether you love, tolerate, or detest Trump, does not matter. What does matter is that our mainstream media is full of boldface liars. They will crop, spin and twist anything and everything to fit their own narrative. Once they’re done, they’ll tell you how you should feel about what they’ve shown you.

This was the day that I learned the importance of not only independent research but also the knowledge of history. This changed everything for me.

If the ‘news’ wasn’t even real news anymore, what could I believe? If I couldn’t trust what was supposed to inform me, where would I look for real information? This really started my journey, as I was in search of the truth.

I started to realize that the corruption did not end at the media. It wasn’t, and still isn’t, just the tech companies. Corruption has been running rampant in this country for far too long now. In DC, corruption runs so deep that neither side will prosecute politicians for crimes they’ve committed, in fear that their own will be revealed.

There are so many questions. However, the most important may be: Where have we seen this all before?

Our country is under attack. It has been slowly taken from us, bit by bit, since before I was even born. We have turned a blind eye, denying to see or admit that this is happening.

I began to realize this all at a young age. However, I did not stop there, I kept going. Here I am, 7 years later, older, wiser, and at my breaking point. I’ve watched, with my own eyes, the infiltration of our beautiful country. Yet, I am told not to believe my own eyes.

We’ve all been told this -- to sit down, shut up, stop "reaching". Well, to them, I say this: It did not start with box cars and gas chambers. It started with one party controlling the media. One party controls the message. One party decides what is truth. One party censoring speech and silencing opposition. One party divides citizens into “us” and “them” and calls on their supporters to harass “them”. It started when good people turned a blind eye and let it happen.

For me, Donald Trump running for President did bring this corruption to my attention, but he didn’t do it alone. With his election in 2016, he sparked what I would call a revolution of the patriot movement. He showed not only our country, but the world, that it’s not only right to stand up for what is righteous and good, but that it’s your duty to do so.

Since his election, we’ve seen some of the strongest men and women stand up to fight for freedom and what is right. I’ve also seen my fellow Americans research and dig for the truth. This has pushed me even harder.

I finally do not feel alone. As a matter of fact, I feel the exact opposite. I do not believe the tech companies when they make us out to be the minority. In fact, because they say that we are the minority, I believe we are the majority.

So, why did I join Convention of States? I’m sick of the corruption, politicians on both sides of the aisle, federal overreach, being told ‘there’s nothing to see here, but mostly, I’m sick of being told to sit down and not believe my own eyes.

Our country is under attack and it’s our duty, as Americans and as human beings, to fight for our freedom. I want to live in the great and free country our ancestors lived in, and because of that, I will fight for it as hard and as long as I possibly can.

Kassity Goldsworthy is the Coalition Coordinator for Turning Point USA and also a State Content Writer. She is 23 years old and resides in Macomb County, MI. She has been a volunteer with Convention of States for about 6 months now. She was in school for Dental Hygiene before the Covid-19 pandemic.