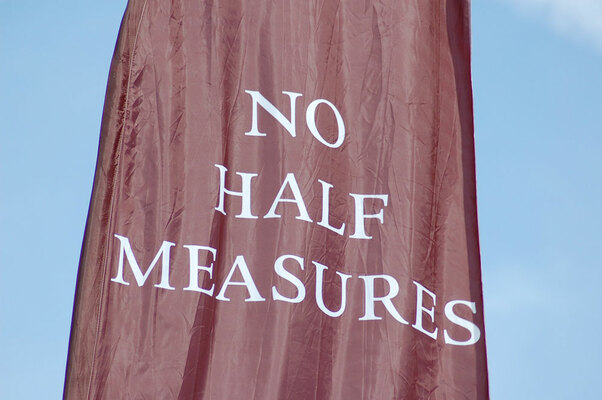 Solutions should be the goal, not band-aids or feel good measures

The federal government is out of control. The recent Biden edict mandating vaccines is simply a symptom of a bigger problem. Right now, Congress is debating how much of our grandchildren's money we should be wasting on boondoggle projects in the name of progress and socialism. Without a meaningful push back by the states this nightmare will become reality.

What are interposition activities? According to constitutional scholar, Professor Robert G. Natelson, James Madison laid out the following constitutional methods in increasing order of legal force:

While extra-constitutional interposition include:

Madison was very clear that all constitutional interposition activities should be attempted before going outside of the Constitution to seek relief.

Many of the same people pushing interposition legislation, that includes state nullification of federal acts in the states, are opposed to the states meeting in convention under the authority in Article V of the Constitution to offer real reform to the federal government. These individuals are using the fears of constituents that are losing their jobs, seeing their pensions threatened, and witnessing the radical takeover of their country to push efforts that historically have resulted in poor results.

Governor Abbott in Texas has attempted to interpose Texas between the federal mandates and employees of businesses forced to abide by the Biden mandate. A little success has been noted with Southwest Airlines, based in Dallas, just announcing a change in their mandate policy.

It is completely disingenuous for legislators to push for interposition efforts alone. Many legislators pushing the hardest fight the Convention of States effort. Why? Fear? It is time to put fear aside. Their fears are easily dispelled, but regardless, what is there to be afraid of? Their fears are reality if only they look at what their inaction has allowed to manifest in Washington, D.C. due to inaction. No half measures!