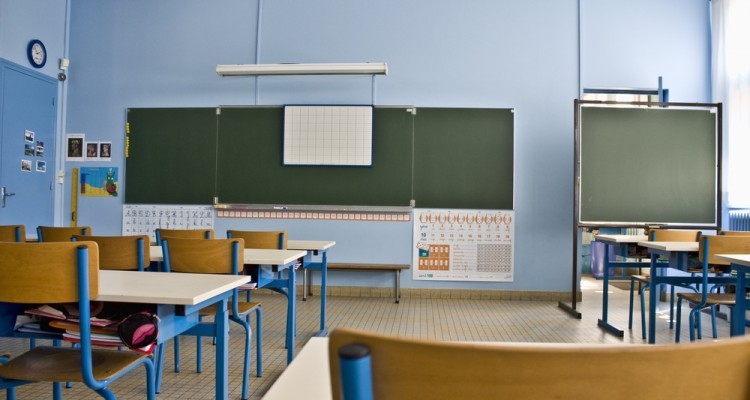 Every year when Donnie Pearce teaches about the American War for Independence, the same question resurfaces from his middle-school students: “Where’s our representation?” Last year, he decided to show them.

“I cannot find in the Constitution where it puts an age limit on petition,” the social studies teacher at Zebulon GT Magnet Middle School in North Carolina said. “Until we can find otherwise, we’re just going to keep pushing and let the kids get a taste of what it’s like to let your voice be heard.”

Working together, Pearce and AIG (Academically and/or Intellectually Gifted) Coordinator Linda Lloyd constructed an elective class that would serve as a springboard into political action. Students would study the First Amendment’s “right to petition” and learn how to exercise that right through calling a convention of states to propose a new amendment. Just fewer than thirty seventh and eighth grade students – a “tremendous group of kids,” according to Pearce – were accepted in to the class.

“The name of the elective was ‘In the News,’” Lloyd explained. “[Pearce] came to me and said, ‘Let’s make the news.’”

Eighth-grader Larden Garland said she wanted to join the class because she’s too young to vote. “Through this class I’ll be able to have a voice and make a change,” she said.

Wanting the project to be as non-partisan as possible, Pearce introduced the class to a 28th amendment that had been promoted by various different people for the past. In short, the amendment prohibits Congress from burdening citizens with laws that they themselves are not subject to. The kids supported the amendment enthusiastically.

“We just didn’t think it was right that they could make laws that everyone else had to follow [except for Congress],” Garland said.

Dividing into teams, the class researched all the mayors in North Carolina and came up with a name for entire group.

“They were driving themselves, we just helped steer,” Lloyd said.

After weeks of hard work, the students, who now call themselves SSOTA (Student Supporters of the Twenty-Eighth Amendment), sent out 55 letters to mayors around North Carolina, asking each city to pass a resolution in support of calling a convention of states to ratify the 28th amendment. The response was small – only two mayors acknowledged the letters. But Mayor Lydia Lavelle of Carrboro, N.C. was particularly interested in the students’ endeavor.

“When I got that request from the students, I was really appreciative of their interest, and I knew my board would too,” Lavelle said. “I told the students they should put in a resolution. My board wanted to applaud them, essentially.”

The Zebulon students responded promptly, writing a resolution and sending it back to the city of Carrboro. It was passed. The next step was to get it before the North Carolina Legislature. That’s when Mike Faulkenberry stepped in.

Faulkenberry, State Director for Citizens for Self-Governance’s Convention of States Project in North Carolina, was put in contact with the Zebulon students through a series of references and redirected phone calls. Agreeing to present their resolution before the General Assembly, Faulkenberry wanted to do even more. On his way to Raleigh to present the resolution, he stopped in to meet the students he’d heard about.

He spoke to the class for an hour that day, encouraging them in the importance of what they were doing.

“These kids have a pretty good grasp of the seriousness of what’s going on and how wrong that is and how different that is from what the founding fathers planned,” Faulkenberry said. “They had a lot better grip on that than most adults I know,” he added.

Thanks to the dedication of the Zebulon GT Magnent Middle School students, Faulkenberry is motivated to do even more – namely, encourage other schools around North Carolina and the nation to start similar classes of their own.

“There’s nothing partisan about this process,” Faulkenberry said. “It doesn’t have a ‘D’ or an ‘R’ or anything else after it. It’s America. It’s Constitutional. If it’s accepted as an educational process, which it should be, I don’t see why [schools shouldn’t teach it].”

Even though the school year has ended, SSOTA’s work is far from over. Pearce and Lloyd are planning to teach the class again next year, and three of last year’s students are already working behind the scenes in preparation.

Lloyd is optimistic that North Carolina will call a convention of states in the future – with the help of her students.

“I think that their confidence is built enough that they would be able to go out and convince people to pay attention to this,” she said.

“There’s a group of people in Carrboro that is now aware of the Convention of States,” Faulkenberry said. “The reason those people know it now is potentially because of eighth grade kids. They are having a direct impact.”