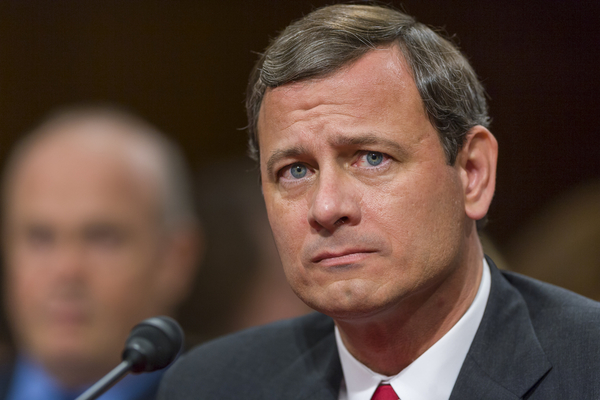 Sometimes the feds collude to increase their own power. Other times they intimidate different branches of government to assert control over the American people. The report from the Sean Hannity Show below is an example of the latter.

The June 2015 email from Neera Tanden, the President of Center for American Progress, discusses strategies for the forthcoming King v. Burwell decision for Hillary's campaign.

"It is most likely that this decision has already been made by the Court, but on the off chance that history is repeating itself, then it's possible they are still deciding (last time, seems like Roberts went from striking the mandate to supporting it in the weeks before)," Tanden wrote to Jennifer Palmieri and John Podesta. "As Jennifer will remember, it was pretty critical that the President threw the gauntlet down last time on the Court, warning them in the first case that it would politicize the role of the Court for them to rule against the ACA. As a close reader of the case, I honestly believe that was vital to scaring Roberts off."

In the email, Tanden suggests that Hillary Clinton employ similar scare-tactics in the case of King v. Burwell in which the court eventually decided to ignore the plain language of the law in favor of an interpretation "that is compatible with the rest of the law."

"I'm not arguing that Hillary spend a lot of time attacking the Court." Tanden explained. "I do think it would be very helpful to all of our interest in a decision affirming the law, for Roberts and perhaps Kennedy to see negative political consequences to ruling against the government."

The Founders' system of checks and balances didn't anticipate this level of abuse and corruption. Our "leaders" in D.C. will continue to take advantage of the structural loopholes within our federal government until we do something to change that structure.

A change in personnel cannot effectively end the federal government's overreach. Fortunately, the Founders gave us a tool with which we can end the attacks on our liberty and self-governance. Click here to learn more.