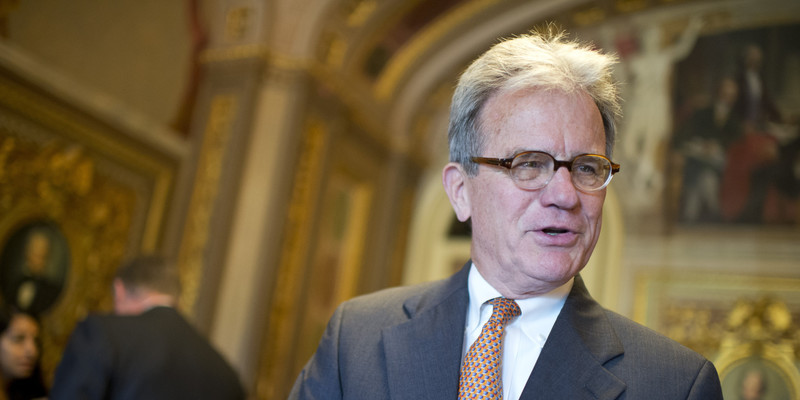 The late Senator Tom Coburn spent years battling corruption in the U.S. Senate. He earned the nickname “Dr. No” for roadblocking countless pieces of harmful legislation.

Then he realized that D.C. was fundamentally broken. Despite his best efforts, he’d never be able to fix it from the inside.

So he did something unprecedented. He gave up his seat in the Senate, and left D.C. to join the only project capable of placing the kind of limits on federal power that Congress never would.

For the next five years of his life, Senator Tom Coburn helped lead the charge to call a Convention of States. He traveled the country, testifying before state legislators, meeting with influential leaders, and rallying the grassroots.

He regularly called it the, “most important work of my lifetime.”

That’s right. No day is too sacred for those who wish to maintain DC's power. The leftist elites took notice of our growing movement, and decided they didn't like the idea of We the People reversing 100 years of statist, anti-American policies.

Since that day, they’ve launched a full attack, sending lobbyists into state legislatures and beginning to recruit an activist army on the left to combat us.

But thanks to the work of Senator Coburn, we have a head start. When Senator Coburn passed one year ago, he handed the baton to us — to run the race to completion and preserve liberty for future generations.

Right now, we’re poised with 15 states that have already passed the COS resolution, and another 18 states with active legislation under consideration.

It’s up to us. Will you help carry on the torch of liberty, in Tom’s honor?

We don't often do this on the pages of the Convention of States blog, but we don't have George Soros' billions. We we rely 100% on the support of liberty-loving Americans, like you.

That’s why, this week, we’re asking you to consider joining us in the fight as a monthly donor.

Your ongoing support enables us to plan strategically for the future, combat the opposition, and quickly work towards passing the resolution in the 34 states required to call the Convention.

As an added incentive, every monthly donation made before midnight April 1st will be MATCHED — every single month, for the first year of giving. That’s unheard of.

Click here to become a member of our exclusive Patriot’s Club, by becoming one of our steadfast, monthly supporters.

Together, we can and will save the Republic.