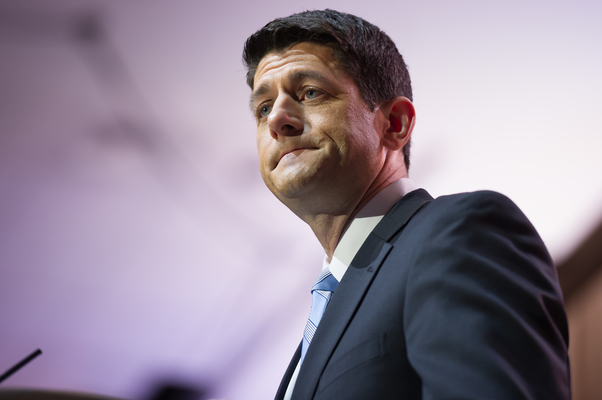 The ability to control the nation's purse strings is a powerful weapon against an overreaching, irresponsible federal government -- so why can't the GOP agree on a budget?

House Republicans departed Washington on Wednesday for a two-week recess without moving any closer to a consensus on how to resolve their months-long budget battle.

Speaker Paul Ryan (R-Wis.) will now have just four days to bridge wide gaps within the GOP on a trillion-dollar spending blueprint when members return in mid-April. An agreement on the budget has remained elusive for months, with GOP lawmakers refusing to give up on their own competing proposals.

“I can tell you there is no agreement or consensus from the different groups,” Rep. Mark Meadows (R-N.C.), who opposes the budget proposal from GOP leadership, said Wednesday. “There are very resolute positions, but still a willingness to negotiate.”

At least a half dozen ideas appear to be on the table when it comes to the budget, members said. Fiscal hawks want ironclad guarantees to slash the deficit if they’re going to vote on the spending levels negotiated by President Obama, especially in an election year.

No surprises there. In recent years the House has shown itself to be unable to propose a budget without the threat of a government shutdown. So what, exactly, is the cause of the tension?

A key faction within the House GOP — the Freedom Caucus — has taken a hard line against the party’s budget resolution that was outlined last week. Without the support of that 40-member voting bloc, the budget would fail on the House floor, likely forcing GOP leaders to fund the government with a stopgap bill later this year.

The budget blueprint, while largely symbolic, would officially mark the start of the GOP's appropriations process. Without that bill, GOP appropriators will automatically start drafting spending bills at the $1.07 trillion spending level that many conservatives despise.

The Freedom Caucus has called for GOP leaders to break last fall’s deal with the White House and revert to the previous spending caps of $1.04 trillion.

Members of that caucus say they have pitched “30 or 40” ways of cutting spending that would get them to a yes. They have repeatedly said they’re seeking “real,” “meaningful” reforms, but when asked about specific bills, most members won’t provide details.

Did you catch that? The nation is $19 trillion in debt, and the "fiscal hawks" are looking to cut the budget by 2.8%. It's a start, but if we want our country to be fiscally secure, it doesn't look like we can rely on Congress to get us there.

That's why the Founders included the Convention of States option in Article V of the Constitution. A Convention of States allows the people--acting through their state legislatures--to propose constitutional amendments Congress would never consider. The House has a hard enough time agreeing on a trillion dollar budget--they'll never propose a law that requires them to (gasp!) balance the budget.