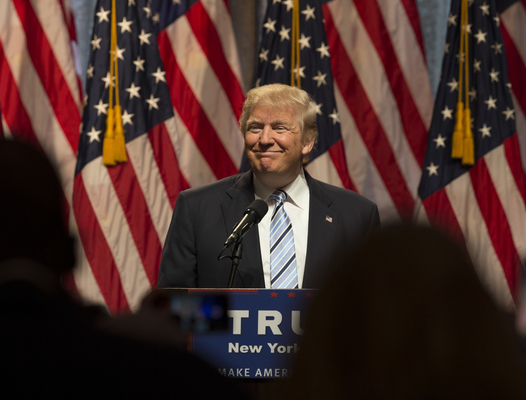 This week Donald Trump will be sworn in as the 45th President of the United States. As per usual, it’s anyone’s guess what he’ll say when he stands up to give his first address as the new President.

He might talk about healthcare or tax reform, or he might seek to give Americans a vision and a hope for the future. He might also go off-script and say something more memorable, something no one can expect or predict.

While no one knows what he will say, there are a few things we know he definitely will not say. He won’t promise to limit his own power. He won’t commit to eliminating the tyrannical practice of executive orders. And he definitely won’t talk about his plan to reduce the power and jurisdiction of the federal government and return it to state legislatures.

This is all to be expected. Trump is President, and he believes he can accomplish much good through federal means.

But this country doesn’t need more federal solutions. It needs the federal government to step aside and allow the states and the people to assume control of domestic policy.

The federal government will never allow this to happen, which is why millions of Americans have called for a Convention of States. An Article V Convention of States gives the people -- acting through their states -- the authority to propose constitutional amendments. These amendments can effectively reduce the power of the federal government and return it to where it belongs -- with We the People.

Our January District Captain Challenge is going strong, and you can join the fun! We're looking to place 3,000 District Captains by February 1. Will you consider applying? Click the button below to learn more.