Gaylord, Michigan
The Michigan Convention of States ("COS") had a table at the Gaylord Gun show on November 5th & 6th.

Fascinating: While Jim Carter (left), Meggan Stinson (right), and Robert Bonhag (not pictured) manned the table, they talked to many buyers and vendors.  Overall, the audience was receptive to the message on term limits, budget restraint, and moving the power back to the states. But the fascinating finding was that veterans of all services care about COS and want to know more!

Here we see one of the veterans signing the petition! He was just one of more than 100 that signed the petition during this event. Veterans wanted to discuss this approach and understand, perhaps better than others, the need for COS. What a fascinating outcome, especially given that Michigan COS is currently forming a Veteran’s group to get even more veterans involved.

Jim and Robert are both veterans and were able to discuss the COS with other veterans and their children. We got the impression that the veterans we talked to were anxious to learn but more importantly, they had not been engaged in COS efforts or goals. 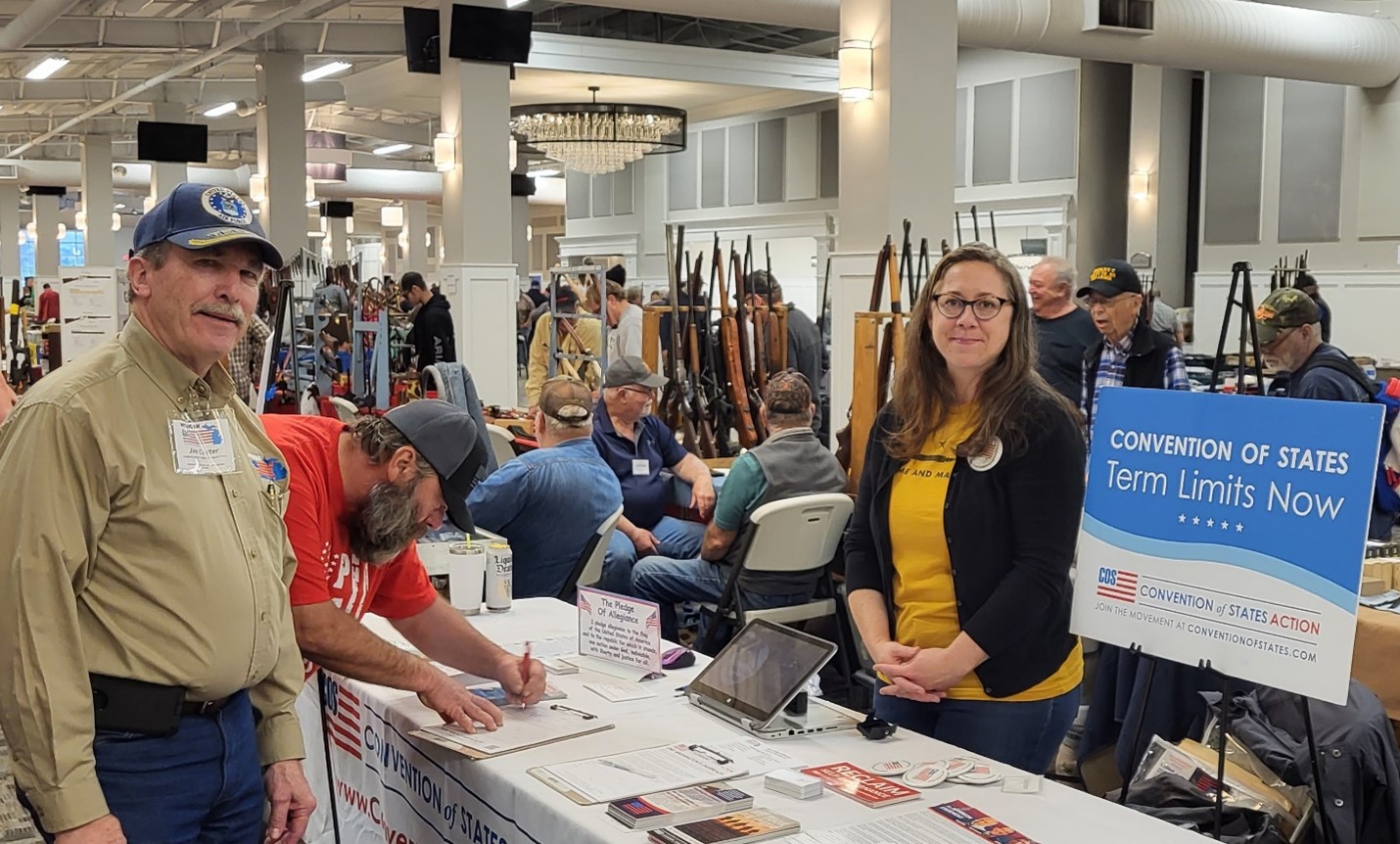 The challenge: It seems our efforts to broaden our education and involvement in COS to veterans will be well received, and it will help us grow our grassroots army to support COS in Michigan. Based on our recent midterm election, it will be even more critical for us to demonstrate that our proposal is nonpartisan and well-supported in Michigan.

Do you believe in smaller government and fiscal responsibility? Join the Convention of State movement. Start by signing the PETITION.

Then VOLUNTEER. Washington bureaucrats won’t fix this, but together we can. We are building a strong grassroots network here in Michigan and could use your help!