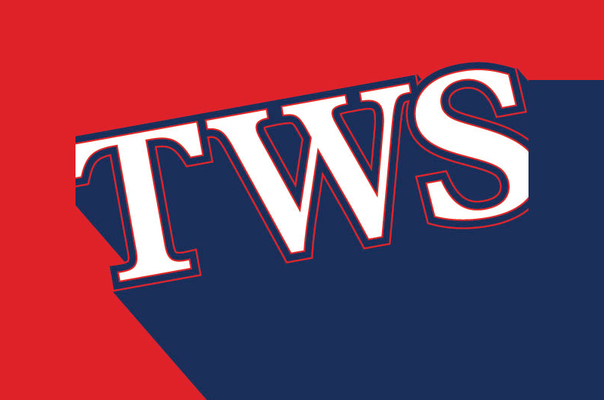 The following article was written by Terry Eastland and originally published in The Weekly Standard.

As Texas attorney general, Greg Abbott spoke with evident pride about how many times he’d sued the federal government. The total came to 31, and invariably the lawsuits challenged actions that Abbott believed violated federal statutes or the Constitution. Now, as Texas governor, he is no longer in court but has hardly quit objecting to federal overreach. In a speech last month to the Texas Public Policy Foundation, Abbott declared it's time for state legislatures to address the problem by amending the Constitution.

We have, of course, proposed 33 amendments to the Constitution and ratified 27. All 33 used the first path, in which Congress does the proposing. The second path has been tried at times, but we have yet to see an amending convention. That, however, is precisely what Abbott envisions.

Abbott is struck by the history of Article V and in particular a suggestion that Congress should have veto power over any constitutional amendments. Elbridge Gerry and Alexander Hamilton were behind that idea, but George Mason pushed back, contending that "it would be improper to require the consent of the [national] Legislature, because they may abuse their power, and refuse their consent on that very account." Mason further observed that it would be "exceptionable & dangerous" to give Congress such a veto because "no amendments of the proper kind would ever be obtained by the people if the [national] Government should become oppressive, as he verily believed would be the case."

Mason's argument against an amendment process that placed Congress over the states led to the one the Constitutional Convention accepted, with two paths for proposing amendments, the one controlled by the states deemed necessary for the reason Mason gave—a means of restraining an "oppressive" national government. As Abbott sees it, "The Framers intended for States to call for conventions to propose constitutional amendments when, as now, the federal government has overstepped its bounds."

In his speech, Abbott called on the Texas legislature to add "the Texas Plan" to its agenda when it next meets, a year from now. (It convenes every other year.) The 92-page, heavily footnoted plan discusses the federal government's exercise of its three powers—legislative, executive, and judicial—over the past century and finds that "all three branches of the federal government have wandered far from the roles that the Constitution sets out for them," grabbing more and more power to the detriment of the states. "Acting through the States, the people can amend their constitution to force their leaders in all three branches of government to recognize renewed limits on federal power," the plan says. "We can rein in the federal government and restore the balance of power between the States and the United States."

Toward this end, the Texas Plan offers nine constitutional amendments. The first and second respond to what the plan calls "Congress's decades-long project of self-empowerment," which has been accomplished primarily through the commerce and spending clauses. The commerce clause gives Congress the power to regulate commerce "among the several states," but Congress has used it "to regulate every conceivable activity in America." The amendment the plan suggests would "prohibit the federal government from regulating any activity that is confined within a single State."

The spending clause gives Congress the power "to lay and collect Taxes, Duties, Imposts and Excises, to pay the Debts and provide for the common Defence and general Welfare of the United States." The Framers regarded the clause as a limitation on spending, but Congress "has gradually and successfully turned [it] into an affirmative grant of power to do whatever it wants with federal tax dollars." As a result, spending routinely exceeds revenues, and our national debt continues to rise. The plan recommends an amendment that would require the president to submit a balanced budget to Congress and require Congress to enact a balanced budget every year. The amendment would specify how Congress must do that—by cutting spending.

The Texas Plan discusses the remaining seven amendments in like manner, explaining the problems and stating constitutional remedies. Thus, the plan takes on the administrative state and calls for one amendment that would prohibit agencies from creating federal law and another that would prohibit them from preempting state law. The plan examines the problems of judicial activism and supremacy, and proposes one amendment that would allow a two-thirds majority of the states to override a Supreme Court decision and another that would require a seven-justice supermajority vote for Supreme Court decisions invalidating a democratically enacted law.

Under the heading "The States," the plan then takes up the decline of state authority and the resulting loss of liberty, suggesting three amendments. One would restore the balance of power between the federal and state governments by limiting the former to the powers expressly delegated to it in the Constitution. Another would give states authority to challenge federal actions that exceed enumerated powers. And a third would allow a two-thirds majority of the states to override a federal law or regulation.

The nine amendments deal with some of the nation's most important constitutional issues, involving the enumerated powers and the separation of powers, federalism and the Tenth Amendment, liberty and limited government. With each amendment, there's much to debate. Abbott is certainly up to the task, having served 6 years on the Texas supreme court and 12 years as attorney general.

As governor, Abbott has the power to convene a special session of the legislature and keep it in session until it finishes its work. And what Abbott wants from the legislature next year might be called second-path legislation: a resolution in which Texas makes its application for an Article V convention, one limited to proposing amendments designed to restrain a too-powerful federal government.

As it happens, there is a nationwide, grassroots organization already working to that same end. The Convention of States Project, founded in 2012 by former Tea Party leader Mark Meckler and constitutional lawyer Michael Farris, has been promoting the idea of an amending convention that would propose measures limiting the power and jurisdiction of the federal government. Four states—Georgia, Florida, Alaska, and Alabama—have passed their applications, and more are likely to do so. How many is the question, for as Meckler knows, getting 34 states to join in requesting an Article V convention is not going to be easy, despite seemingly favorable political trends.

Republicans control the legislatures of 31 states, and Meckler thinks that the reddening of statehouses will continue this year, with the November elections producing three more Republican legislatures. Meckler does not assume that all 34 of those legislatures will apply for a convention, since it is an issue that divides Republicans, even in Texas, where some in the audience listening to Abbott's speech were skeptical. Understandably, Meckler is approaching Democratic legislators in blue and purple statehouses who may be open to an amending convention concerned about federal overreach. "We need some Democrats to come over," says Meckler, who must also maintain and increase Republican support for a convention. Meckler, who is a very frequent flier, is building a political operation relying heavily on volunteers that at full strength will be active in at least 40 states.

The Texas Plan recalls past arguments made against Article V convention efforts and anticipates they will be used again—chief among them that there could be a "runaway" convention "in which the states propose a convention to debate limited amendments, but .  .  . the delegates end up throwing the entire Constitution in the trashcan." If that were to happen, observes the Texas Plan, "none of the delegates' efforts would become law without approval from three-fourths of the States"—a serious check on an unlikely development. For Abbott, the "runaway" argument rests on the dubious idea that the people serving as delegates to an Article V convention would behave more irresponsibly in exercising their constitutional duties than the members of the many Congresses that proposed amendments did in carrying out theirs.

The Texas Plan also offers sensible counsel to state legislatures in the event a convention is called: that they require their delegates to "vote against any constitutional convention provision not authorized by the state."

Inevitably, given the political season, the question arises as to how leading Republican presidential candidates regard the idea of an Article V convention. Senator Marco Rubio wrote last month in USA Today that "this method of amending our Constitution has become necessary today because of Washington's refusal to place restrictions on itself," promising that "as president, I will promote a convention of states to amend the Constitution and restore limited government."

Ted Cruz is friendly to the idea, says his communications director, Rick Tyler. But the senator has declined to "take a leadership role" and promote an Article V convention. Tyler says the issue puts Cruz in an odd position, since, like all senators, he has "immediate access" to the first path for proposing amendments but no second-path responsibilities. Tyler adds that, as president, Cruz would use his office to "return the federal government to its limited authority."

Donald Trump has not taken a position on an amending convention. But in a January 23 Washington Examiner op-ed on Roe v. Wade he said that decision demonstrated "the utter contempt the court had for federalism and the Tenth Amendment." It is unusual for Trump to use terms like "federalism" and "the Tenth Amendment," both of which sound deeply in the convention movement. The Trump campaign didn't respond to emails seeking the candidate's view of the matter.

What presidential candidates say or don't say about an amending convention is, as Cruz seems to realize, beside the point. After all, the convention movement is a drama taking place where by the terms of the Constitution it must—in the states.

In an interview, Abbott reiterates that the Framers gave the people of the states a means in Article V they could use to restrain an out-of-control (runaway, if you like) federal government. Abbott declares he is passionate about the topic, having "focused on it for years," and he is determined to do all he can to make a convention happen, starting with getting both houses of the Texas legislature to pass the necessary application for a convention of states.

Abbott anticipates speaking on behalf of an amending convention at venues across the country, and he is likely to impress. Texas Monthly's Erica Grieder, a shrewd observer of Texas politics, was in the audience for Abbott's speech to the Texas Public Policy Foundation, and she called it "the best speech" she had ever seen Abbott give. "From the moment he took the stage, he was full of swagger, and there was nothing feigned about his ferocity as he made the case for [an Article V] convention." It would be the first ever.

Terry Eastland is an executive editor at The Weekly Standard.