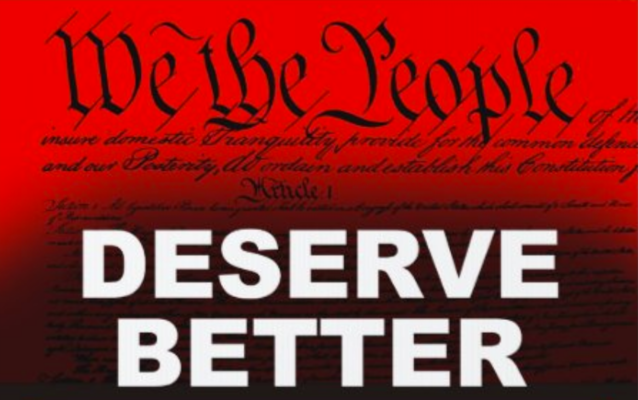 Congress is selling your children and grandchildren down the river. Nothing new, but if you have not been paying attention, establishment types in the U.S. Senate cut a deal with the outgoing Speaker of the House, Nancy Pelosi. The deal essentially is a kick back their donors in the form of earmarks and pet projects. The swamp dwellers had to rush to get this done before the new Republican leadership in the House of Representatives takes control next month. So now, the incoming leadership will be operating under this deal for a large part of their two-year terms in office.

You should be outraged at this. At over $32 Trillion in debt already, this out-of-control spending is nothing but deepening and empowering the swamp in Washington, D.C.

You want further proof that Washington, D.C. cannot reform itself? Some of these U.S. Senators just ran for re-election and will not face the voters again for some time. My home state's U.S. Senator - Jerry Moran, garnered President Trump’s endorsement early in last year’s primary yet Moran voted for this monstrosity. Trump’s endorsement essentially kept challengers out of the primary and Moran cruised to re-election, and thus this cycle continues.

The federal government is seriously broken. You and I both know it. Until our state legislators wake up to the solution staring them each in the face via the U.S. Constitution (i.e. Article V – Convention of States), we will continue this downward spiral into the abyss. They have the power to stop all this nonsense yet continue to make up excuses as for why not to use the power given to them.

When two-thirds of the states agree to meet, a Convention of States must be convened to address the specific reforms sought. In this case, we want the states to meet to propose limits on the spending in D.C., impose term limits on federal officials (including members of Congress), and further limits on the size, power, and jurisdiction of the federal government.

David P. Schneider is the Regional Director for Convention of States based out of Kansas