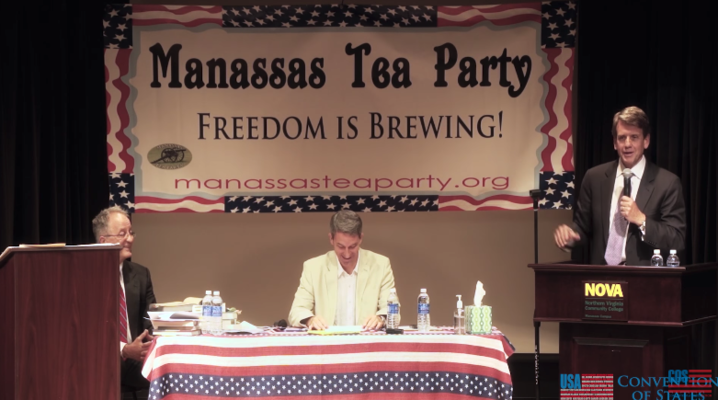 There’s no doubt about it—people are hungry to learn more about the Convention of States Project and its potential to rein in our runaway federal government. The people of Virginia demonstrated this last night, drawing a crowd, lining the walls and filling the lobby of the packed theater at Northern Virginia Community College to witness the debate between Michael Farris and Virginia Delegate Bob Marshall. Former Attorney General Ken Cuccinelli served as moderator.

Audience members came from all over the Commonwealth. And no one seemed to mind having to stand for two hours as these two conservative giants articulated two distinct proposals for responding to Washington’s abuses of power.

But few have worked harder to do that for the past 30-plus years than Farris, and it’s hard to deny that it just hasn’t worked.

In Farris’ words, the three proposed solutions to our federal crisis are represented by three personalities:

1. George Mason, who insisted that Article V give the people power to check the federal government through constitutional amendments proposed by the states;

2. Dusty Springfield, who sang about “wishin’ and hopin’ and thinkin’ and prayin’;” and

3. Alfred Neuman, whose famous line was, “What? Me worry?”