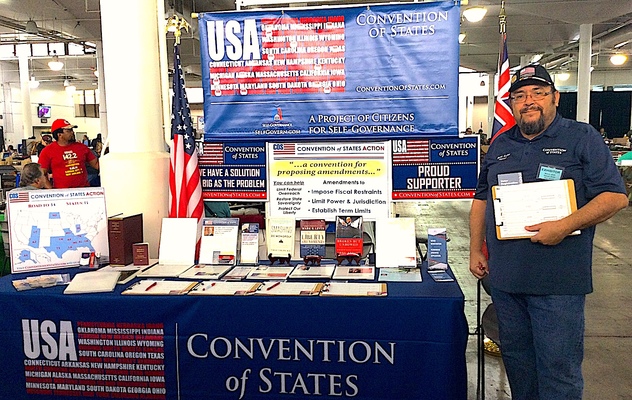 Undaunted by the Coronavirus pandemic scare, the Convention of States Hawaii team gathered another 205 petition signatures at the Hawaii Historic Arms Association's Great Guns Show held in Honolulu March 14 and 15.

With four members of the eight-person volunteer team unable to risk exposure, the remaining participating members kicked into high gear and collected more than 100 signatures each day of the two-day event, which featured over 2,000 gun show goers. 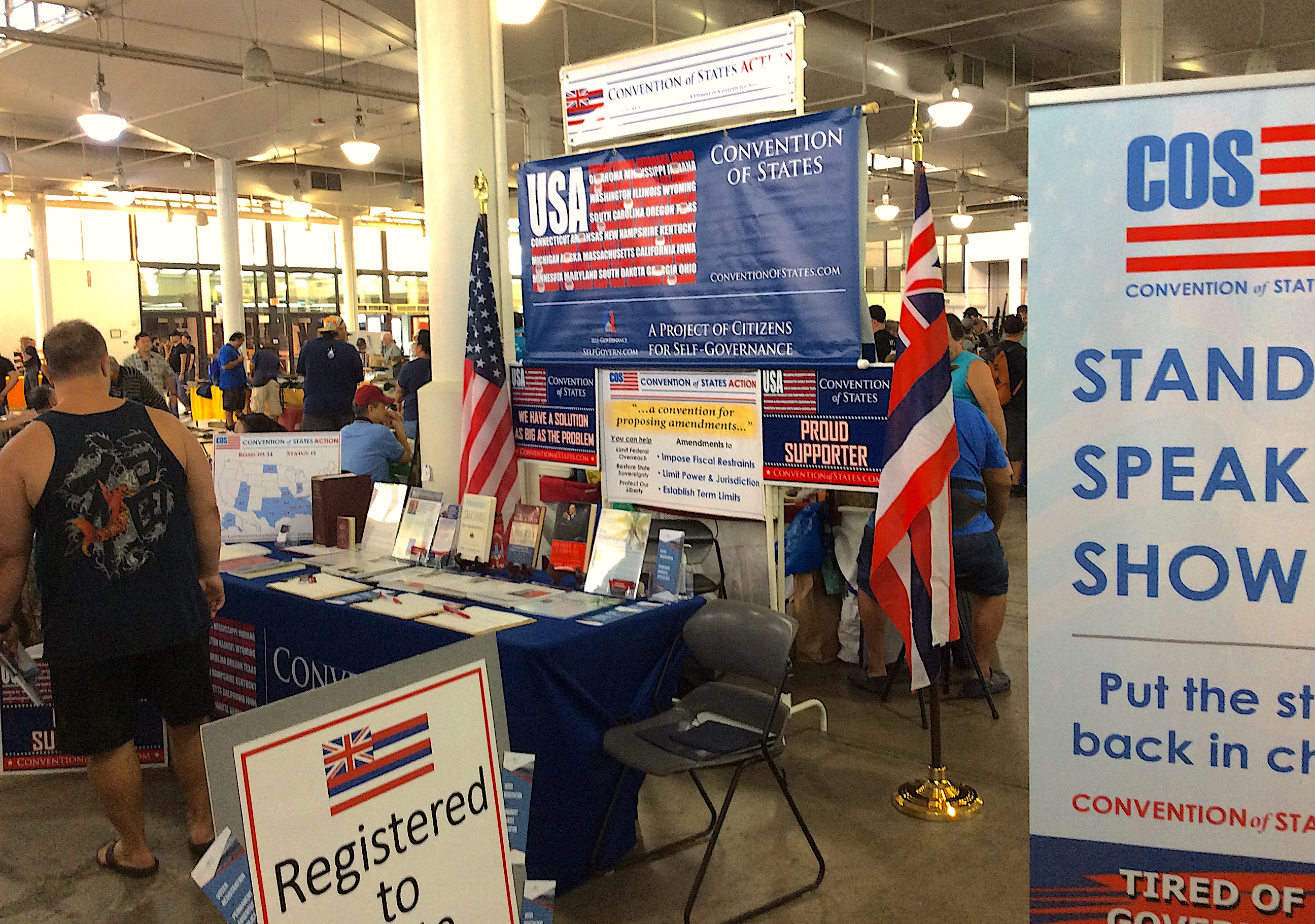 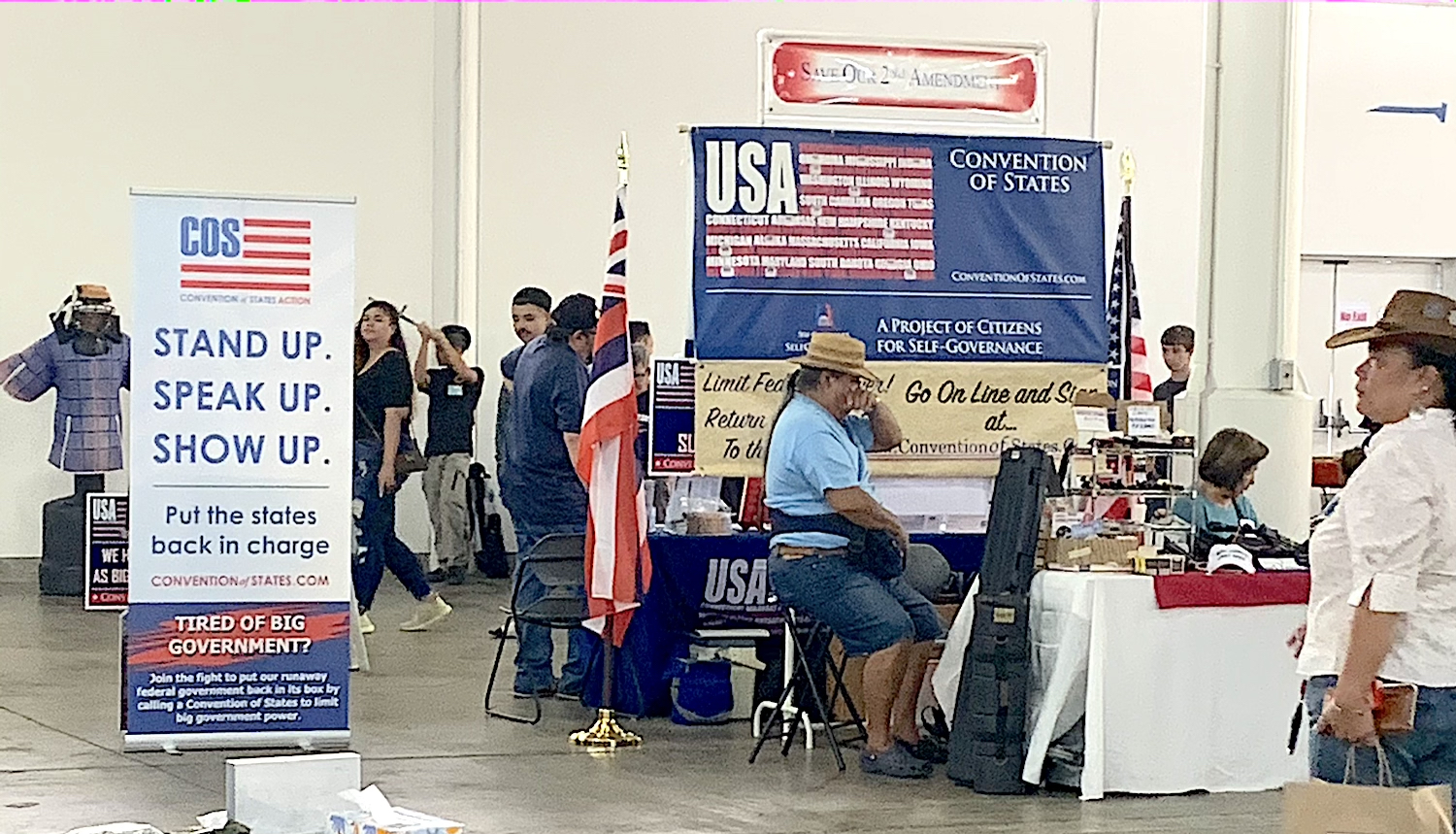 Even the back side of the display, facing the main floor of the show, was a splash of patriotic color delivering he Convention of States Message. 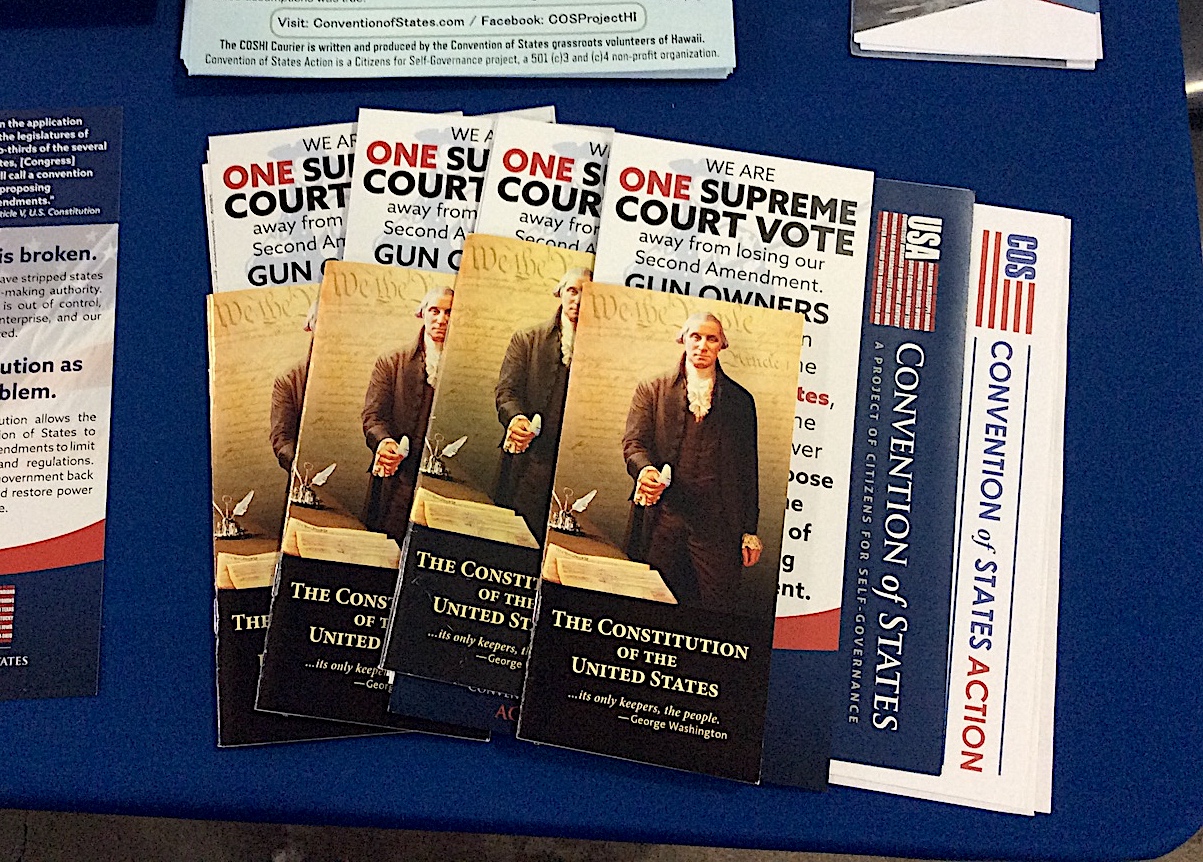 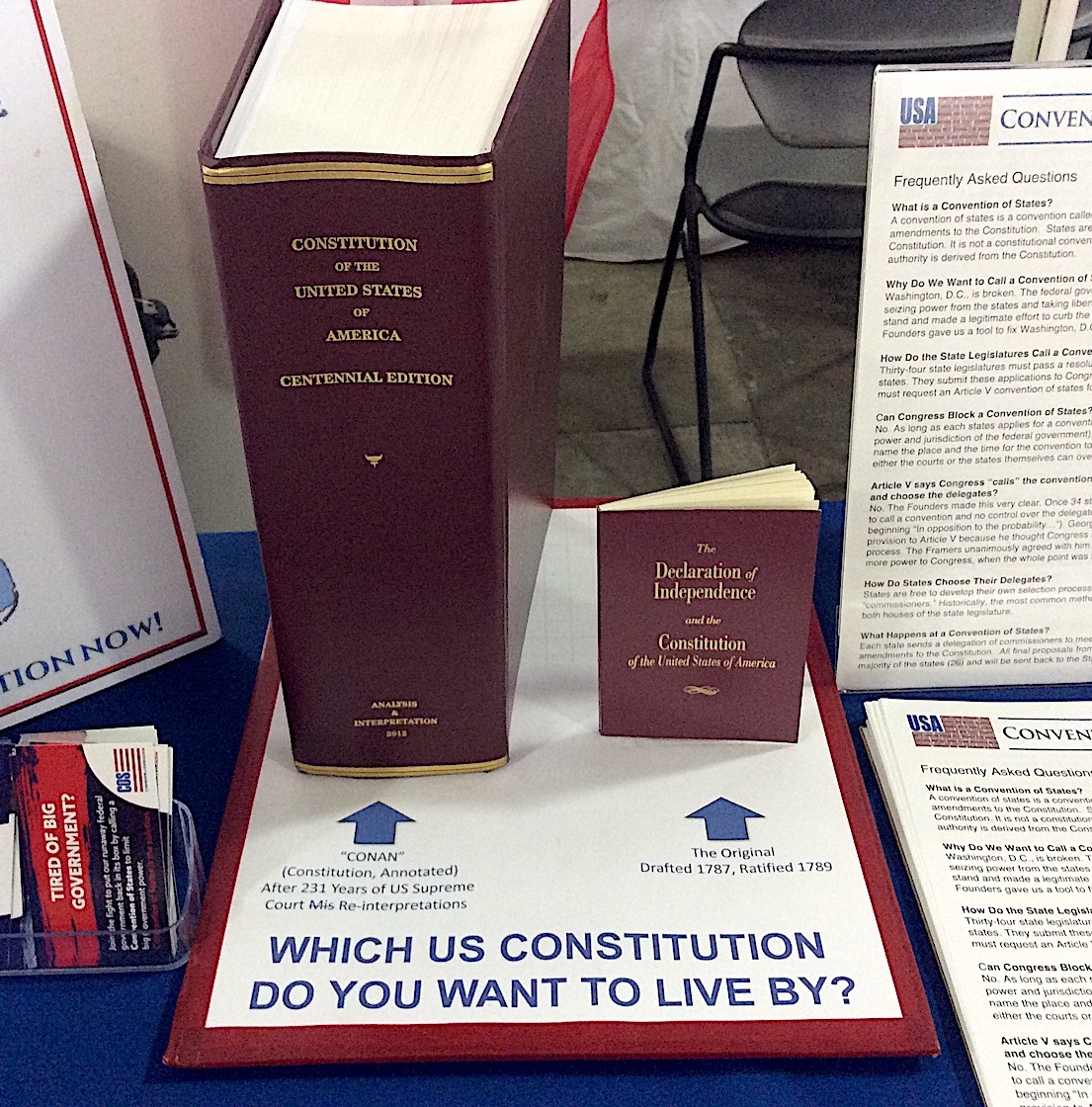 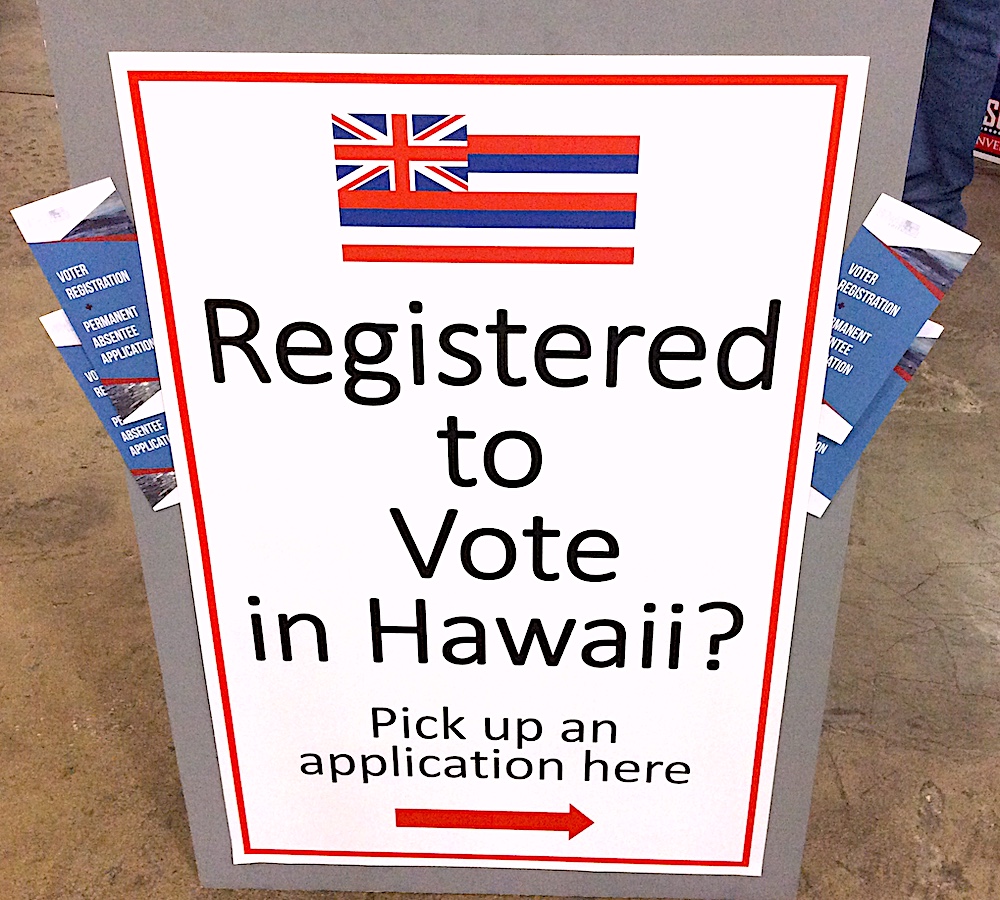 Pocket Constitutions stuffed with handouts including the actual petition are given to petition signers. The Annotated Constitution makes a great display. New this year was a registration effort to encourage voting in Hawaii. 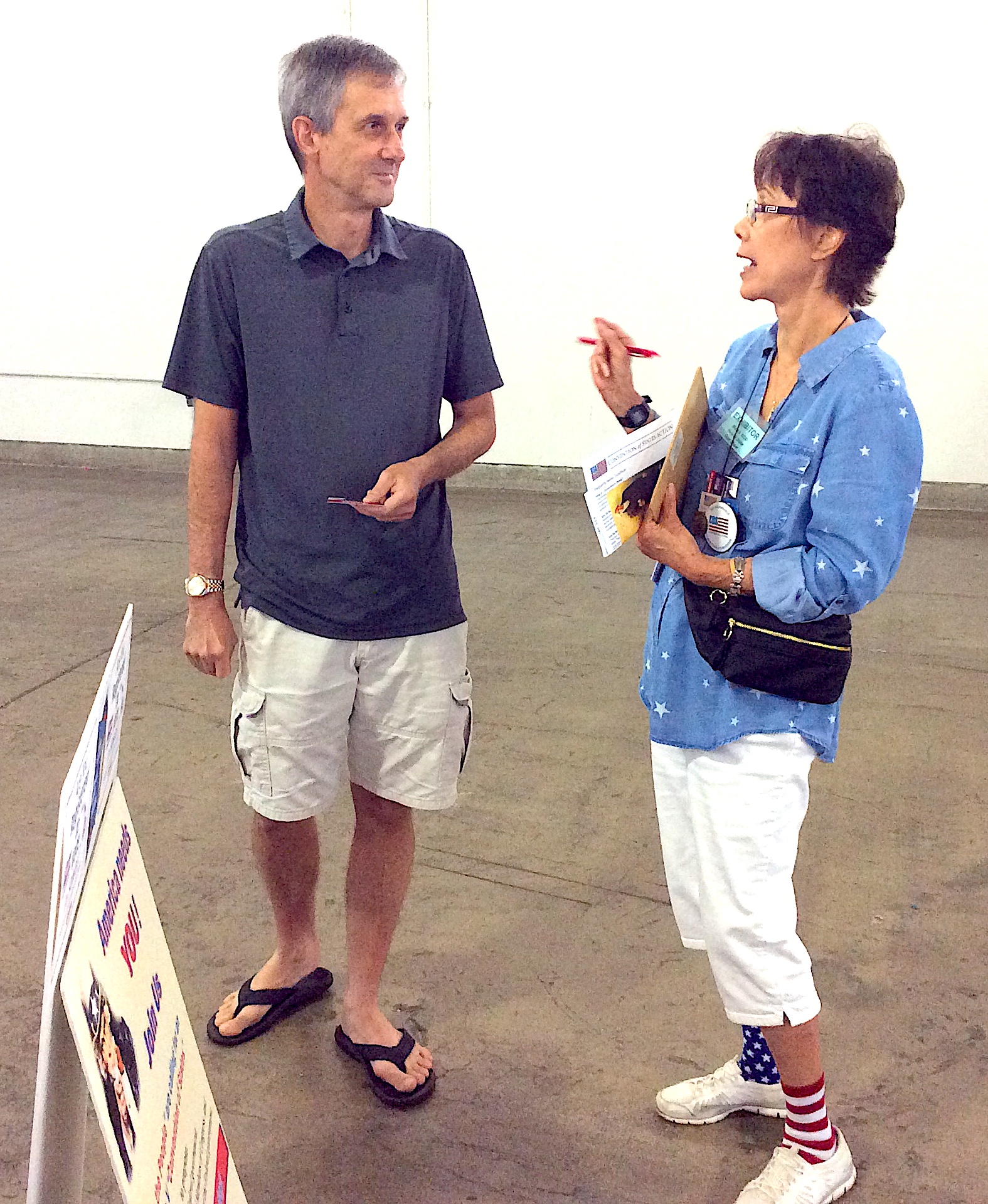 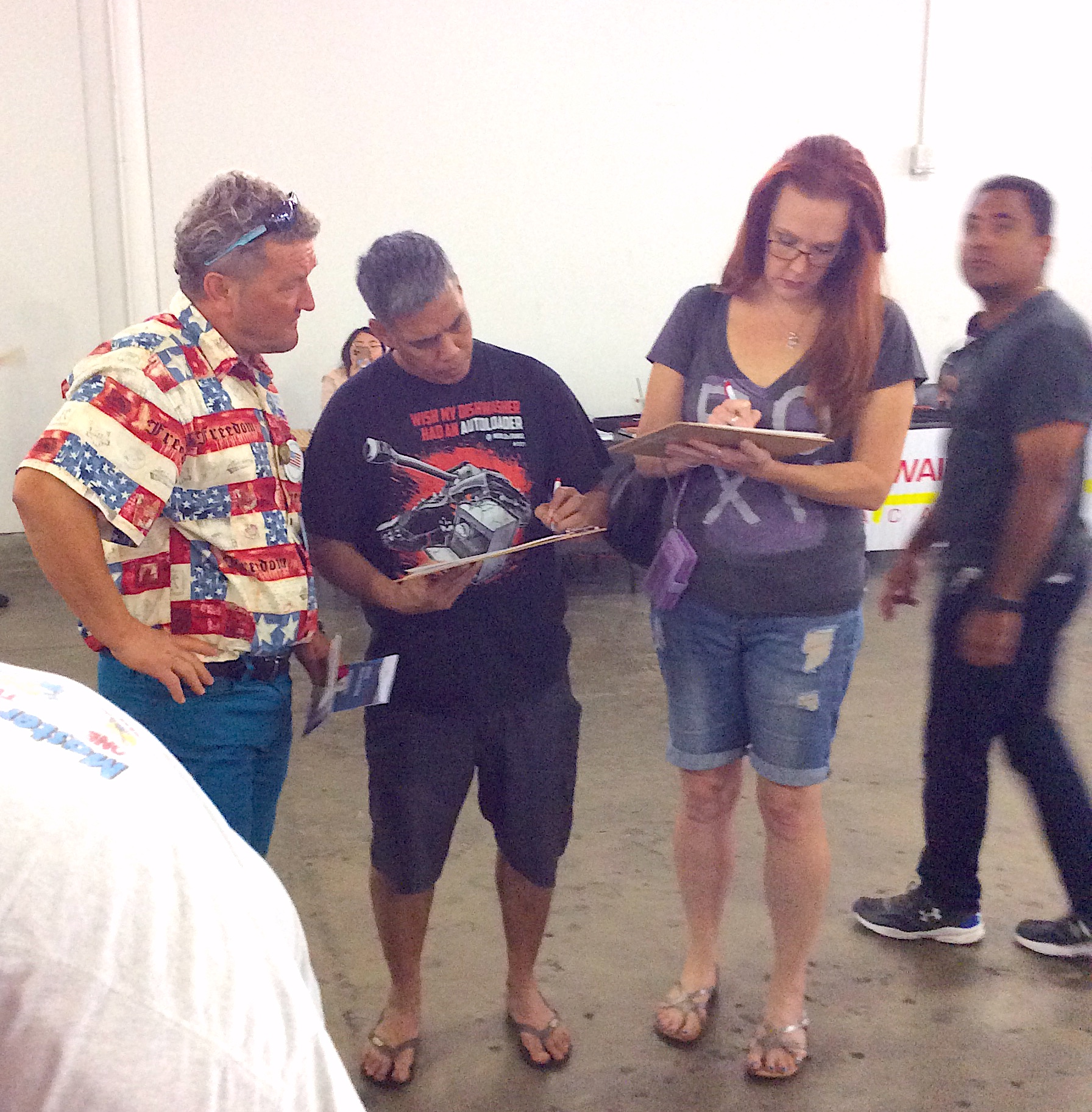 To learn more about how the Hawaii team works local gun shows click on the screen shot below to watch the Tuesday, March 17, DC/Volunteer Training Webinar. 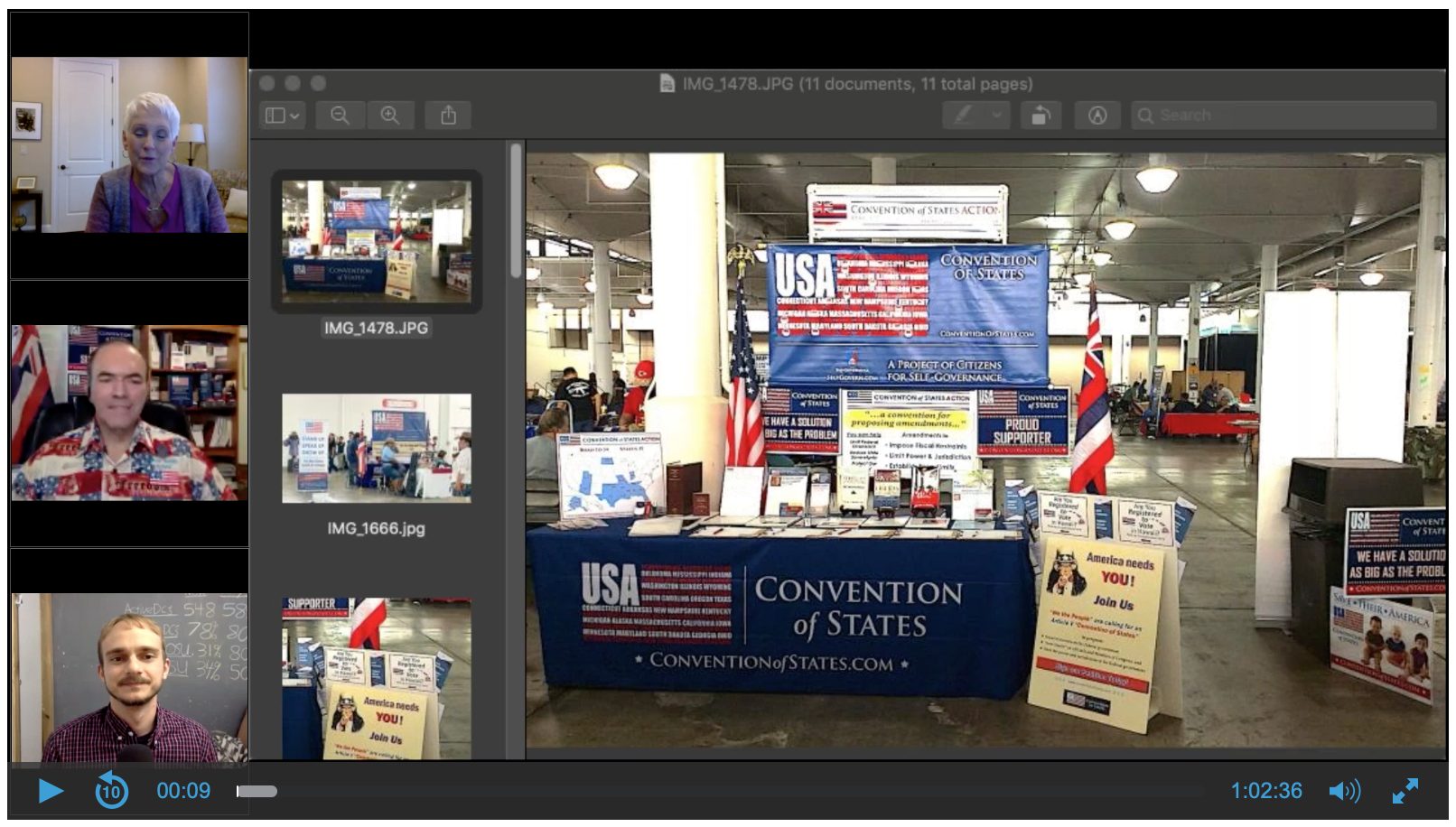