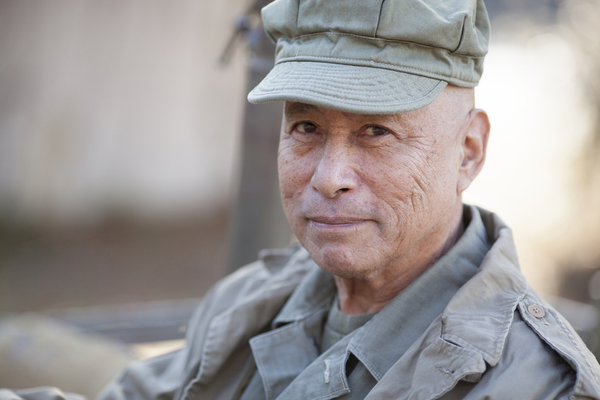 Author's Note: This article is an appeal for my fellow military veterans to support state legislators in their efforts, as described herein, to ensure the survivability of our American republic. In doing this, we will continue to honor our oath to “support and defend the Constitution of the United States.” If successful, the efforts of the state governments can provide a long term remedy for many of the internal governance problems plaguing our nation such as a tremendous lack of accountability, federal fiscal irresponsibility, widely spread corruption, and abuses of power at the highest levels of our national government. Thankfully, most legislators and politicians have a very high regard for the concerns and opinions of America’s veterans numbering over 21 million men and women. Therefore, we need to make sure that our voices are heard “loud and clear” concerning the future of our country! It’s time for us to get involved in a major way, and suggested actions for veterans are listed below.

President Dwight D. Eisenhower once said the following regarding what the American public can do in response to problems like those listed above:

“Through their state legislatures and without regard to the federal government, the people can demand a convention to propose amendments that can and will reverse any trends they see as fatal to true representative government.”

Because many people believe that the federal bureaucracy, including members of Congress and the federal judiciary, will never voluntarily relinquish power, it is up to state legislators to exercise their constitutional authority (some say their duty) to call for and hold a COS. Examples of amendments that could be proposed by the delegates to a COS include (1) a “true” balanced budget amendment for the federal government; (2) term limits (12 total years) for US Congressmen and Congresswomen, Senators, and the federal judiciary including the Supreme Court; and (3) super majority of states (3/5) override of onerous federal laws and regulations.

A group called Citizens for Self-Governance currently works with law makers in over 40 states and is the sponsor of an organization called the COS Project. Over 300,000 supporters and volunteers nationwide are involved in the COS Project that encourages and supports state legislators in their efforts to pass COS resolutions in the different states. But even with all these supporters and volunteers, there is substantial opposition to a COS by people who, for one reason or another, do not want to change the status quo in Washington, DC. This is why we veterans need to step up and actively support the state governments as they try to turn things around for the better for our country. Further information about the COS Project including up-to-date news releases can be viewed at www.conventionofstates.com. Additionally, a short 3-minute video of why a COS is truly needed can be viewed below:

The following is an action plan for veterans:

(2) Call the COS Project offices at 540-441-7227 and ask for contact information for the COS Project State Director in your state — identify yourself as a veteran — also send an e-mail message to vets4cos@comcast.net for further information;

(4) In conjunction with your COS Project State Director, make arrangements as a group of veterans to meet and visit with key state law makers as soon as possible, expressing your strong support for a Convention of States to propose Constitutional amendments (personal visits from veterans are truly noteworthy and special according to statements of legislators in several states);

(5) When important House and Senate committee hearings are held where a vote will be taken on a COS resolution, arrange with your COS Project State Director for your veteran group to attend; speak as veterans before the committee in favor of the resolution;

(6) Per information obtained from your COS Project State Director, arrange to contact key state law makers via e-mail and telephone about the need for a COS; stay in regular contact with them about COS until their legislative chamber successfully passes a COS resolution.

As of September 2015, resolutions calling for a Convention of States have been successfully passed by both House and Senate chambers in four states: Georgia, Florida, Alaska, and Alabama. Resolutions have also been passed in at least one legislative chamber in 10 additional states. Initial COS filings have taken place in an additional 26 state legislatures. A total of at least 34 state governments (both House and Senate) must pass resolutions calling for a COS before it can happen. The COS Project team believes that 2016 looks very promising for many more state legislative chambers to pass COS resolutions, especially if support is visibly and strongly demonstrated by America’s veterans. For the good of our country, we veterans need to get actively involved in helping to accomplish this very important mission!