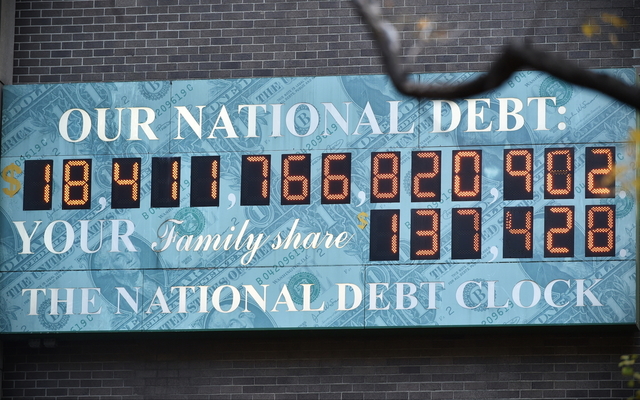 The $19 trillion national debt can in large part be explained by two words: waste and fraud.

Our inefficient federal bureaucracies waste taxpayer money on frivolous, inane projects, and they entirely lack the ability to prevent fraud. Case in point: Fox News reported today that the IRS shelled out $750 million in Obamacare tax credits to illegal immigrants and those with questionable immigration status. The government could have saved nearly a billion dollars by simply doing their homework. Fox News reports:

Illegal immigrants and individuals with unclear legal status wrongly benefited from up to $750 million in ObamaCare subsidies and the government is struggling to recoup the money, according to a new Senate report obtained by Fox News.

The report, produced by Republicans on the Senate Homeland Security and Governmental Affairs Committee, examined Affordable Care Act tax credits meant to defray the cost of insurance premiums. It found that as of June 2015, “the Administration awarded approximately $750 million in tax credits on behalf of individuals who were later determined to be ineligible because they failed to verify their citizenship, status as a national, or legal presence.”

The review found the credits went to more than 500,000 people – who are illegal immigrants or whose legal status was unclear due to insufficient records.

If the American people expect to control the national debt by reforming the current bureaucratic nightmare in D.C., they’re in for an upstream battle.

Fortunately, there is a way for the people--acting through their state legislatures--to go around D.C. and reform the federal government from the outside. It’s called an Article V Convention of States, and it allows state delegates to propose constitutional amendments that limit the power and jurisdiction of the federal government--including the ability of the feds to hijack the healthcare system.