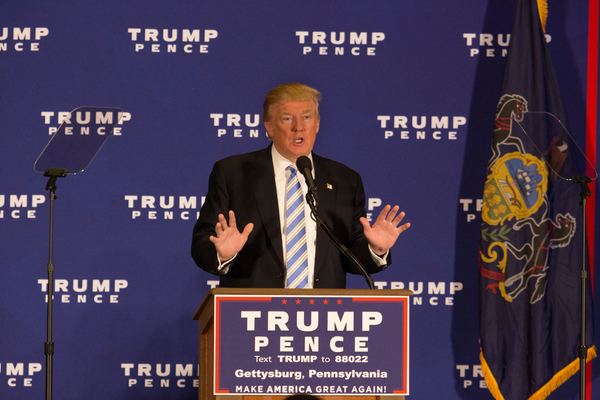 The Convention of States surveyed more than 3,312 grassroots leaders and activists representing all 50 states done over a 4 day period - launched on April 20 and closed on April 24 - about Trump’s and Congress’s first 100 days.

President Trump’s grade slips, while the results also hit media even more and continue to be critical of Congress for not working with the president.

Mark Meckler, co-founder of Tea Party Patriots, Citizens for Self-Governance, and the Convention of States Project, crisscrosses the country speaking with grassroots leaders and activists, real Americans who have been working to make federalism great again for a lot longer than a single presidency. Meckler’s “anecdotal” polling at every state stop includes asking the grassroots their take on Trump's and Congress’ performance so far.

Mark Meckler explains, “The grassroots are generally pleased with the President's attempts to keep his promises. Emphasis should be placed on the word "attempts," because in many regards he has been thwarted by an implacable Congress, out of control courts, and resisted by unaccountable career bureaucrats.  While many would like to see more accomplished, activists find the President's commitment to keeping his promises refreshing, despite overwhelmingly negative media coverage trying to convince us otherwise.  He has dramatically and quickly repositioned the U.S. as a force for good in the world, appointed an outstanding Supreme Court Justice, rolled back strangling regulations and worked to return power to the states.  His staunchest supporters seem pleased, and those who were more skeptical seem to be coming his way.  Next, they want to see him take on Congress head on to get the wall built.  The people are with him there, and it would be a major misstep if he fails to fight for the central promise of his campaign.  The wall is the right fight at the right time.”

A noteworthy factor is the great majority of those who responded to this survey aren't just "likely voters."  These are "activists," meaning they are active, regularly engaged in the political process.  These are the people who spend the time to get engaged, walk precincts, phone bank for candidates, give money, support causes and disproportionately influence their friends and neighbors.  These aren't just "likely voters."  These are "100% voters," and high-level influencers in their communities.  This is something no one else polls, ever.  Yet they are important because they have a disproportionate impact on both public opinion and election results.

Thousands of grassroots Americans responded from all fifty states, with results listed below.

Respondents ranked the following issues in importance at 100 Days:

Respondents ranked the following issues in importance at 50 Days: