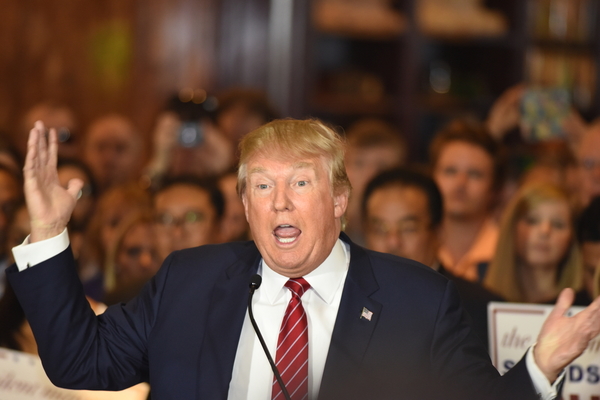 The President took to Twitter early Monday morning to voice his frustration at the entrenched Washington establishment. “Drain the Swamp should be changed to Drain the Sewer,” he said. “It’s actually much worse than anyone ever thought, and it begins with the Fake News!”

Whether or not DC’s ills “begin” with fake news is debatable, but Trump is right about one thing: the nation’s capital is in trouble.

But is it really worse than anyone thought? Haven’t the American people been voicing frustration with their federal officials for the last decade? Haven’t they been dismayed at how the status quo never seems to change in DC? The President thought an outsider could shake things up, but he discovered that the deep state bureaucracy is more powerful than even the Commander in Chief.

That’s why he needs our help. He needs We the People to join forces with the state legislatures to call the first-ever Article V Convention of States.

A Convention of States is more powerful than the bureaucracy because it has the authority to propose amendments to the U.S. Constitution itself. These amendments can clarify the narrow, restricted limits of federal power, and keep all four branches of the federal government in check (the bureaucrats included).

Trump is learning what it means to take on the Washington establishment. If he really wants to fight for the people’s liberty, he should throw his weight behind an Article V Convention of States.