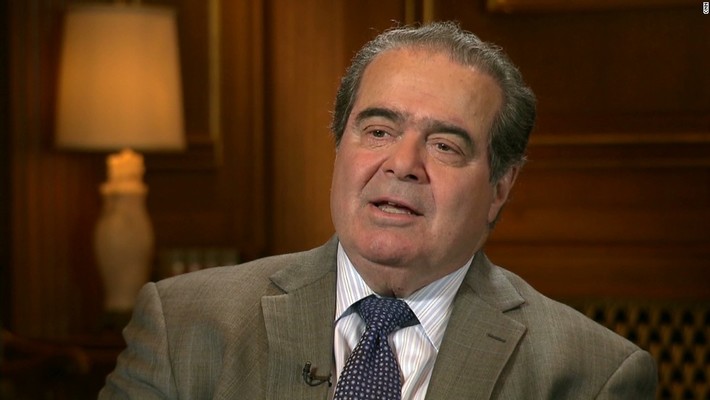 The following was written by Colorado Legislative Liaison Jenna Ellis and originally published on The Strident Conservative.

Justice Antonin Scalia passed away Saturday, leaving a sharply divided Supreme Court with a vacancy just nine months before the next presidential election, and eleven months remaining in President Obama’s term. Concerns over the next appointment to the bench raise many critical questions, and here are the top five issues you need to know.

1. What is the appointment process?

The U.S. Constitution (Article II, Section 2.2) vests the power in the president to nominate Supreme Court justices. Sec. 2.2 states in relevant part, “He shall have Power…by and with the Advice and Consent of the Senate, shall appoint Ambassadors, other public Ministers and Consuls, Judges of the Supreme Court, and all other Officers of the United States…”

Per protocol, the president will begin the vetting process of any potential nominees, which includes FBI background checks on the candidate’s financial history and criminal history. The president then announces his nominee. The Constitution does not set any specific qualifications for a justice, but he or she must receive Senate confirmation.

Once the president announces his nominee, the Senate Judiciary Committee then begins its confirmation hearings. These hearings inquire about the nominee’s views on various political issues and political leanings. The president may withdraw the nominee before the Senate votes on whether to confirm that individual. (This happened most recently in 2005 when President George W. Bush withdrew his nomination of Harriet Miers prior to the Senate’s vote).

A simple majority—51 votes—is needed to confirm a nomination. Currently, the GOP controls the Senate with 54 Republican seats.

2. Can the Senate delay confirmation?

President Obama has approximately 340 days remaining in office, and the longest period on record from nomination to Senate vote on confirmation is 125 days. If the Republican-controlled senate wants to stop an Obama appointment, they could easily accomplish that.

Senate Judiciary Committee Chairman Charles E. Grassley said Saturday, “The fact of the matter is that it’s been standard practice over the last nearly 80 years that Supreme Court nominees are not nominated and confirmed during a presidential election year. Given the huge divide in the country, and the fact that this president, above all others, has made no bones about his goal to use the courts to circumvent Congress and push through his own agenda, it only makes sense that we defer to the American people who will elect a new president to select the next Supreme Court justice.”

3. Can Obama make a recess appointment?

As of the day of Scalia’s passing, President Obama would have nine days before Congress returns to session February 22.

If he chose, Obama could appoint a Supreme Court justice during recess, pursuant to Art. II, Sec 2.3 of the Constitution. However, this would not be a lifetime appointment, but rather a Commission that would expire by law. Constitutional authority in Sec. 2.2 and precedent dictates that the unilateral appointment would expire at the end of the Senate’s session.

Obama’s remarks on the day of Scalia’s passing seemed to indicate that he planned to go through the Constitutional process and submit a nomination to the Senate after February 22. Typically, vetting candidates generally takes far longer than just over a week anyway.

4. How does this vacancy change the presidential election?

Even more intense scrutiny will be on the presidential candidates now that the vacancy on the Supreme Court is not just theoretical. This is now an active issue and if the GOP-led Senate does filibuster an Obama nominee, one of the first acts of the newly sworn in 45th president will be to nominate a new justice.

While Scalia’s loss is an incredible blow to conservatives and Constitutional Originalists, the candidates on both tickets will have to seriously respond to this vacancy with their own views of Constitutional interpretation and what type of justice they each envision appointing if elected president.

Ultimately, this issue could provide very helpful illumination of the Constitutional literacy (or illiteracy) of certain candidates.

5. What can I do to be an involved and invested citizen to effect the Supreme Court appointments?

An Article V Convention of States is the best way for every citizen to effect Supreme Court appointments. Currently, under our Constitutional republic, the appointment of the Supreme Court justices is left entirely up to the federal government and states have no say in who is a lifetime tenured member of the highest Court.

Given the shift of the balance of powers originally contemplated by the Constitution and the Supreme Court usurping more and more authority, checks and balances must be placed on the Supreme Court justices. Article V is the best and most legally and constitutionally sound and safe measure to accomplish this. Every citizen can be involved in his or her local state to help pass the application to call for a Convention of States.