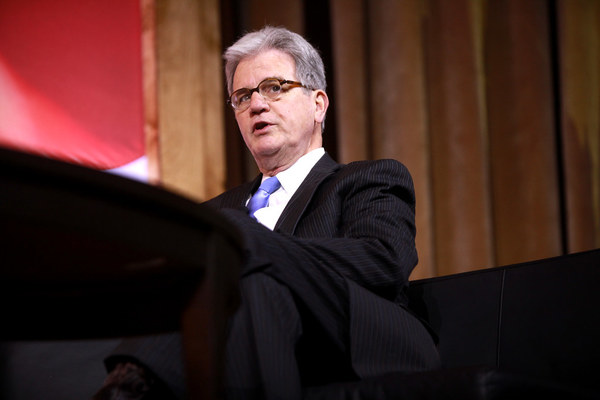 Convention of States Action announces that former Senator Tom Coburn (R-OK) is joining the Convention of States Project as Senior Advisor. Since the 2015 legislative sessions began in January, 25 states have filed their Article V applications to call an amending convention of the states. Senator Coburn’s insight and legislative wisdom will be invaluable to the national effort.

“Our national soul is being corrupted by Washington’s unhindered and unconstitutional overreach,” Senator Coburn said. “Our Founders anticipated the federal government might get out of control at some point, and they gave us a Constitutional mechanism to rein it in – it’s called a Convention of the States, outlined in Article V of the Constitution. Many in Washington have unfortunately forgotten they work for the American people, and the people have begun to mobilize in this effective effort from coast to coast. I’m enthusiastic about the prospects to make this Convention of the States a reality as well as the resonant benefits it will bring to our country.”

“We are beyond pleased that Senator Coburn has joined our effort, he has been a passionate leader for years in the effort to bring Washington under control and be responsive to the American people,” said Mark Meckler, co-founder of the Convention of States Project. “This is confirmation that the Article V movement through our project is resonating across America and we anticipate even more success going forward with Senator Coburn’s leadership.”

While the movement has bubbled up in states across the country, national leaders such as Senator Coburn have embraced it and lent their support including former GOP Vice Presidential nominee Sarah Palin, national radio talk show host Mark Levin, former U. S. Ambassador to the European Union C. Boyden Gray – himself also a former White House Counsel to President George Bush (41), among others including Col. Allen West, Mike Huckabee and Governor Bobby Jindal.

The Convention of States Project is currently organized in all 50 states, including hundreds of thousands of volunteers, supporters and advocates committed to stopping the federal government’s abuse of power. Article V applications have already been passed in Alaska, Florida and Georgia. We stand ready with 32 Prime Sponsors to pass this year and hope to meet the 34 state requirement by the end of 2015. For more information visit www.ConventionofStates.com.