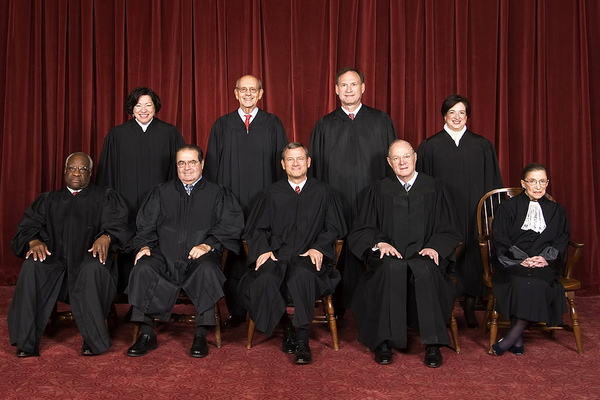 In the wake of Justice Antonin Scalia's tragic death and the fight surrounding his replacement, many are taking a hard look at the Supreme Court--and rightfully so. My Central Jersey published a letter to the editor today that does a fantastic job explaining how the Court amends the Constitution every time it hands down a ruling.

The untimely death of Justice Antonin Scalia brings to focus a situation that the founding fathers neither anticipated nor would condone. That is that of the Supreme Court usurping the ability to alter the Constitution outside the dictates of Article V of the Constitution. Article V mandates that any change in the Constitution first requires a supermajority two-thirds vote by both houses of Congress or alternately of two-thirds of the sovereign states to even be considered and then ratification by three-quarters of the states to empower that change into the Constitution. To accomplish this with a simple majority of a nine-member court is an affront, unconstitutional and absurd.

This flaw was recognized early on by Thomas Jefferson when in he opined; “To consider the judges as the ultimate arbiters of all constitutional questions (is) a very dangerous doctrine indeed, and one which would place us under the despotism of an oligarchy. Our judges are as honest as other men and not more so. They have with others the same passions for party, for power, and the privilege of their corps. Their maxim is boni judicis est ampliare jurisdictionem (good justice is broad jurisdiction), and their power the more dangerous as they are in office for life and not responsible, as the other functionaries are, to the elective control. The constitution has erected no such single tribunal, knowing that to whatever hands confided, with the corruptions of time and party, its members would become despots.”

What is needed, if we are going to continue to permit Supreme Court precedents to alter the meaning of the Constitution, is a constitutional amendment declaring that any particular Supreme Court ruling will only apply to the parties in that specific case and not have sweeping constitutional precedent unless and until that decision is ratified by three-quarters of the states as required by Article V of the U.S. Constitution. Ratification by the sovereign states is the only method that the founders recognized to alter the Constitution or its meaning.

While the merits of the author's proposed amendment are uncertain, his point is well-founded: every time the Supreme Court applies the Constitution to "interpret" a law, it amends the Constitution. We published a video to further explain this idea, which you can watch below:

Sound good? Click the button below to join your state's Convention of States team.