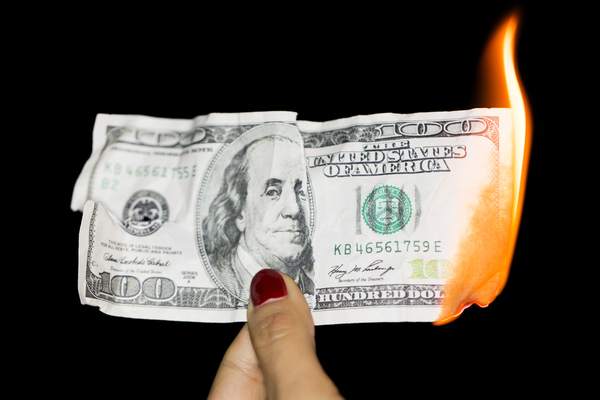 The following article was written by Jon N. Hall and originally published on the American Thinker.

While driving down the interstate on Nov. 17, I turned on my AM radio and tuned in to Glenn Beck. “The Beckmeister” was interviewing former U.S. Senator Tom Coburn (R-OK). I didn’t hear the beginning, but here’s the rush transcript of their entire discussion along with the first four minutes of the video at TheBlaze. Much of the interview deals with the Convention of States Project. That’s a convention provided for by Article Five of the Constitution. Some nervous Americans worry about the 143 words of that little Article. They fret that a jamboree of outlander ruffians from fly-over country could undo our ancient order.

Coburn does a good job of allaying concerns about a “runaway” convention that would “open up” the Constitution for a major rewrite. The only issues that could be addressed in an Article Five convention would have to be contained within the convention’s “application.” (Also see “Justice Antonin Scalia Supported a Convention of States,” which Beck also ran on Nov. 17; the audio is amusing.)

During his time in the Senate, Dr. Coburn had a reputation as a budget hawk. What occasioned his appearance on Beck were recent talks about bringing back earmarks. The good doctor reminds us that earmarks are not within the federal government’s “enumerated powers.” He wants to bring back the proper balance of power between the feds and the states. But what caught my attention were Coburn’s comments about federal spending (italics added):

So here’s the point: You have this example, right after Election November 8th, that the status quo, elite careerists in Washington all of a sudden want to bring back a tool of corruption [i.e. earmarks]. So they’re tone-deaf. So the only thing -- the only tool America has that’s big enough to fix the problem that we have is an Article V convention of amendments, where amendments are made that bring power back to the states […]

Remember, every year, every year, $500 billion is thrown out the window in Washington. Total waste, total duplication (phonetic), total fraud. That’s a half a trillion dollars a year. […]

Had we had really strong members of Congress -- I don’t care what party they’re from -- that took their oath seriously, we wouldn’t have that. We would have $500 billion more a year that we wouldn’t be taxed for or we wouldn’t be [borrowing] against for our kids.

For context, that $500B a year of wasted spending would have been more than enough to have balanced the budget as recently as fiscal 2015, which had a deficit of $438B. Get rid of the wasteful spending, and the feds would have had an extra $62B that year which they could have used to pay down the federal debt.

As for the “duplication” that Coburn refers to, that should be easy: it’s simpler to get rid of a whole agency than to fire individuals. For instance, if Congress repeals ObamaCare, they could lay off the 16,000 employees that were hired to enforce compliance with the mandates -- just scrap their entire IRS division. That might entail fewer problems than firing a single IRS employee.

On Nov. 21, the Washington Post ran Lisa Rein’s “Trump has a plan for government workers. They’re not going to like it.” Ms. Rein’s article is an important one; it has several links, and a three-minute video worth watching. It zeros in on the coming battle with the federal bureaucracy. “Draining the swamp” of duplicative bureaucrats may be a hard slog.

But one wonders just how keen Congress is on cutting spending and balancing the budget. It’s been fifteen years since Congress last ran a budget surplus, and over the last eight years they’ve run the largest deficits in our history. From fiscal 2012 through 2015, however, there was almost a trillion dollars of reduction in the deficit. But 2016’s deficit ticked back higher, and the feds project that deficits will continue rising.

Congress could cut discretionary spending to the bone, even eliminate entire agencies and departments, and it wouldn’t be enough to keep the budget balanced for very long. That’s because of so-called “off-budget” “mandatory spending”: Social Security, Medicare, and Medicaid. Without reforming these mandatory programs, it’s doubtful we’ll ever have a balanced budget. (ObamaCare also falls into the mandatory category.)

On Nov. 30 the Cato Institute conducted a forum, “Cutting Wasteful Spending in the Trump Administration,” that featured Sen. James Lankford, Coburn’s successor, and other luminaries. Lankford addresses duplication in federal programs, and he has some really solid ideas about dealing with the budget. But he talks about balancing the budget in five to ten years. In my book that’s not soon enough. The other three panelists are also terrific. The video is 52 minutes and is a must-watch if you’re interested in the budget and wasteful spending.

There are two huge economic problems that the new government needs to focus on. One of them is shifting the economy out of neutral into high gear. President-elect Trump seems totally committed to reviving the stagnant economy. The other big problem is balancing the federal budget. I think the feds need to do both of these simultaneously. We shouldn’t wait for any supply-side stimuli to bring in more revenue; we need to cut spending now, and big-time.

The reason Congress needs to quickly balance the budget is because most of the federal debt is maturing soon. In fact, much of the Obama-era debt will need to be rolled over during the next four years; (consider the chart in this article). With so many trillions of U.S. debt needing to be rolled over so soon, a balanced budget would seem a minimal goal.

If Congress isn’t up to the task of cutting spending to quickly balance the budget, then the “the several States” should require it of them in with a balanced budget amendment forged in an Article Five “Convention of States.” After all, if Scalia was for it, who could be against it?