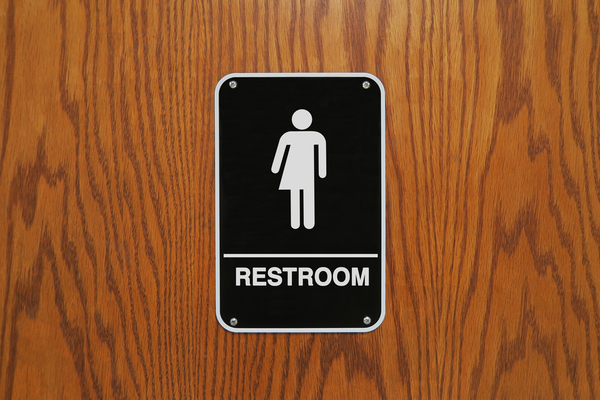 On one hand, it’s refreshing to see that at least 20 states have now filed suit against the feds over the Obama administration’s bathroom edict. But on the other hand, it’s disturbing to realize that the president and his officials have amassed so much power over every level of state and local policy that we must plead with federal courts over an issue that should be a very basic aspect of self-governance.

“This administration’s eagerness to dictate new norms for bathroom usage ultimately isn’t about gender or sexuality – it’s about power. It’s about control, it’s about conditioning freedom-loving Americans to bow to federal power in every area of their lives, it’s about reducing people to the status of cattle, a herd-like blob, dumbly obeying the prods of their government masters.”

But there is a silver lining here, in the form of an undeniable wake-up call to the states: there is nowhere to run and nowhere to hide from the federal intruders.

Long have they regulated our businesses, our farms, and the products that we buy and sell. Long have they taxed our incomes and then funded their way into our communities and the schools where our children are educated. And now the Big Bad Feds have shamelessly blundered their way right into our local privies.

The glaring question facing every single American, whether she knows it or not, is what are we going to do about it?

The states filing suit over this latest abuse of power are certainly right to do so. We should applaud state officials for standing their ground, like Texas Lt. Governor Dan Patrick (R), who responded with a refreshing, totally appropriate defiance: “[President Obama] says he’s going to withhold funding if schools do not follow the policy. Well, in Texas, he can keep his 30 pieces of silver. We will not yield to blackmail from the president of the United States.”

But what about a long-term solution? Sadly, the states have been yielding far too much for far too long, doing little more than grumbling as the feds have repeatedly used Congress’ “power of the purse” to bully their way into state affairs.

Because its taxing and spending powers under Article 1 of the Constitution are interpreted to be virtually unlimited, Congress can routinely extract our tax dollars (it calls them “federal funding”) and hold them hostage until our state adopts federal policies that the feds have no constitutional authority to impose directly.

This bathroom fiasco is the perfect example. Neither Congress nor President Obama has an ounce of legitimate constitutional authority over how schools regulate their bathrooms. The power of state and local bathroom regulation is one of the vast universe of powers specifically reserved to the states and to the people under our Constitution.

But the modern interpretation of Congress’ power to tax and spend “to provide for the general welfare” has swallowed the rest of the Constitution whole. This clause has been severed from its original meaning and converted to a gaping point of entry through which all-consuming federal power consumes every last vestige of state sovereignty.

In the short term, Lt. Governor Patrick is right: the states must hold the line and resist untoward federal overreaches such as the bathroom edict. States that refuse to do so will soon be little more than glorified, geographically-dispersed administrative agencies of D.C.

But it’s time for a long term solution to this perennial problem of the federal monster with its relentless appetite for power. It’s time to repair the structure of our federal system by using the formal process of constitutional amendment to reassert and clarify some of the limits on federal power.

And the General Welfare Clause, which now holds open the door open to our boys’ and girls’ bathrooms, is a great place to start.

WE are the ones who fund D.C. Let’s turn the tables and tell the feds that we’re limiting their funding—that we’ll be keeping most of our tax dollars within our states now, since we’ll be managing our schools ourselves, thank you very much. And while we’re at it, let’s tell the feds they can go back to doing the jobs legitimately assigned to them under the Constitution. They won’t need so many of our tax dollars anymore, because we’re also limiting their power to spend in order to impose the kind of fiscal restraint that is desperately needed in Washington.

We can accomplish these goals through a state-led convention to propose amendments under Article Five of the Constitution. Click here to learn more and help make it happen.