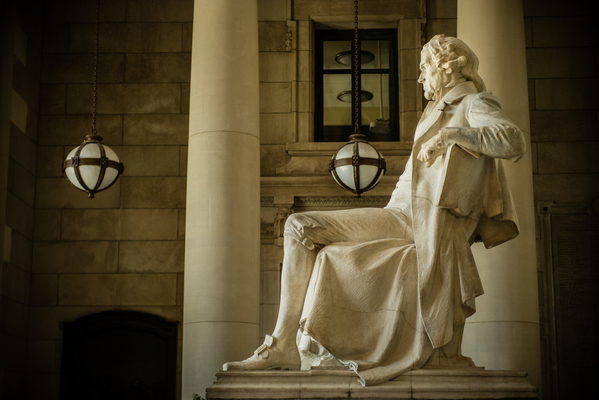 The following was originally posted on RedState.com by grumpy_old_soldier.

The word “prescience” is a noun, and is defined as “the fact of knowing something before it takes place; foreknowledge.”

As you know, the elections of 2016 are [today]. Thank goodness it’s going to be over, if only for a short while. I am so disgusted with the whole lot, Republicans and Democrats, that I could hurl. But, as author Erma Bombeck once wrote, “The grass is always greener over the septic tank!”

Take a moment, and think of famous hopeless situations. Remember Frodo Baggins: no one thought he stood a snowball’s chance in a volcano. Oh, and the Death Star. Yeah, it was big and scary, but it had that funky exhaust port thingy, remember? Didn’t matter much, as Luke Skywalker bulls-eyed it like a womp rat. Both efforts seemed impossible. But they weren’t. And neither is America. Going into [today]’s elections, THIS is what we’ve got going for us:

The Congress, whenever two thirds of both houses shall deem it necessary, shall propose amendments to this Constitution, or, on the application of the legislatures of two thirds of the several states, shall call a convention for proposing amendments, which, in either case, shall be valid to all intents and purposes, as part of this Constitution, when ratified by the legislatures of three fourths of the several states, or by conventions in three fourths thereof, as the one or the other mode of ratification may be proposed by the Congress; provided that no amendment which may be made prior to the year one thousand eight hundred and eight shall in any manner affect the first and fourth clauses in the ninth section of the first article; and that no state, without its consent, shall be deprived of its equal suffrage in the Senate.

This is how we take back our what is rightfully ours, as American citizens…a government of the people, by the people, and for the people. The Founders KNEW a time like this would come, and they provided us a way out, a safety valve, if you will. And the beauty thing about it: the ongoing efforts are flying below most everyone’s radar. The hubris of our ruling elites blind them to their approaching fate…just like it did for Luke and Frodo.

That’s why I do not care about the outcome of [today]'s election…it’s all good. The Founders knew…they KNEW. Thank God for their prescience.