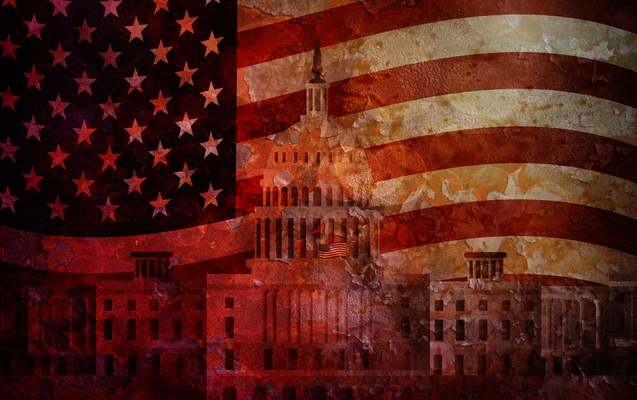 When highly respected, Constitution-loyal, former Washington, D.C., “insiders” begin throwing their weight behind a single constitutional strategy for putting a collar on the federal beast, all of us D.C. “outsiders” should heed their advice: The beast just won’t be collared any other way.

Former Sen. Jim DeMint is the most recent to join the impressive list of statesmen to take up the cause. Fresh from his stint at the helm of the conservative Heritage Foundation, he is not only lending his endorsement to the effort, but has actually joined the Convention of States Project’s national team, along with his friend and former colleague Sen. Tom Coburn, as a senior adviser.

If you aren’t familiar with the Convention of States Project yet, chances are you’ll be running into it soon enough in your own state. With an organized team of volunteer state leaders leading a grass-roots army in every state in the nation, the number of supporters has now surpassed 2 million.

The immediate goal of these grass-roots activists is to pass the standard COS resolution in their own state’s legislature. Twelve state teams have already succeeded. The resolution applies to Congress for an Article V convention to propose constitutional amendments that will impose fiscal restraints on the federal government, limit its power and jurisdiction and set term limits for federal officials.

Once 34 states (two-thirds) pass the same resolution, Congress is bound under Article V of the U.S. Constitution to name the date and place for states to send their delegations to consider and debate proposed amendments that would accomplish the goals described in the 34 resolutions. Any proposals that gain support from a majority of the state delegations must then be submitted back to the states for ratification. Only proposed amendments that are ratified by 38 states (three-fourths) become part of our Constitution.

So why should we resort to the strong medicine of constitutional amendment? I think Sen. Coburn, author of the new book, “Smashing the D.C. Monopoly: Using Article V To Restore Freedom and Stop Runaway Government,” said it best: “There is not enough political will in Washington to fix the real problems facing the country. It’s time for the people to take back their country.”

Sen. Marco Rubio, another COS endorser, said, “I put my trust in the people, not Washington, to restore constitutional, limited government.” Col. Allen West has also recognized that the Constitution itself holds the key to restoring our constitutional republic. He said, “Thank goodness the founders had the wisdom to provide us with Article V of the Constitution.”

Now if you’re like me, an impressive list of supporters isn’t enough to win your support for something as significant as an effort to propose constitutional amendments. But for any conservative who is concerned about the trajectory of our federal government into unsustainable spending, ruinous debt, unlimited jurisdiction and unchecked bureaucratic growth, a read through this list of supporters should be enough to at least draw your attention to this Article V solution and cause you to reconsider any previous misgiving you may have had about it.

What the founders recognized centuries ago, and what we must acknowledge ourselves, is that a nation where liberty depends upon the goodness and self-restraint of its leaders, alone, is a nation in which liberty is unsafe. This is why our Constitution carefully prescribed strict limits on the power of our national institutions.

Those who have experienced the dysfunction of Washington firsthand but remain loyal to the Constitution are recognizing this. Of course we can – and must – continue our efforts to send “good, conservative constitutionalists” to Washington. But it is not enough.

Coburn and DeMint epitomize the noble statesmen we dream of sending to Washington. They’ve been there. They’re back. And now they’re telling us we need a more potent solution – the Article V solution. We would be foolish to ignore them.