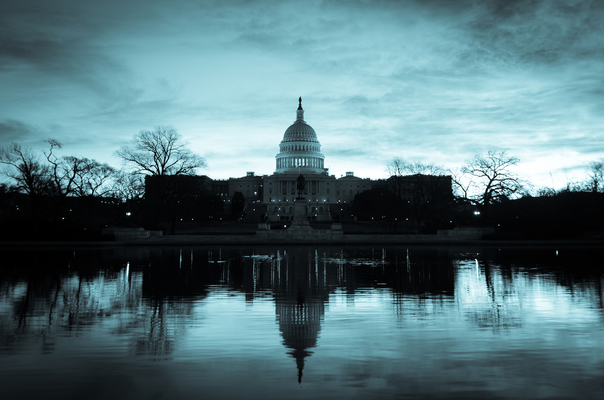 As President-elect Trump prepares to begin his presidency, it’s time to build a wall of a different kind than the one he has in mind. It’s time to build, or to re-build, rather, the wall that limits the respective powers of the president, the Congress and the Washington, D.C., bureaucrats.

As President-elect Trump prepares to begin his presidency, it’s time to build a wall of a different kind than the one he has in mind. It’s time to build, or to re-build, rather, the wall that limits the respective powers of the president, the Congress and the Washington, D.C., bureaucrats.

We Republicans have fumed as Congress claimed the power to order us all into the health insurance market to buy a particular product. We have protested as President Obama claimed the power to effect significant changes to immigration policy with only his pen and his phone. We have railed against the unelected federal bureaucrats who claim the breathtaking, far-reaching authority to inject themselves even into common farming and ranching practices. We have decried federal threats to withhold funds (our taxes) unless our local schools comply with the bureaucrats’ methods, curriculum and disastrous social agenda. And we have long wept over the Supreme Court decisions that have distorted our beloved Constitution in order to permit each one of these abuses of federal power.

But now we will be tested. With a solidly Republican-controlled presidency and Congress, and with the impending appointment of one or more conservative-leaning Supreme Court justices, will we drop our picket signs and go home, or will we see the job through?

We need to realize that our integrity is on the line. What we do now – or fail to do – will be the measure of whether we really oppose federal overreach because it defies constitutional boundaries and the rule of law, or whether we only oppose it when we don’t like the particular policy goals it accomplishes.

Up until now, the states have sought piecemeal relief from federal overreaching through costly, uncertain and lengthy litigation that never seems to resolve the systemic problems. But through an Article V convention called pursuant to the Convention of States Project’s resolution, the states could formally propose constitutional amendments that, if ratified by 38 states, would end the tyranny of regulation, limit Congress’ taxing and spending power, clarify the limits of executive authority and reverse wrongly-decided Supreme Court precedents. This resolution empowers the states to build a wall around the D.C. ruling class.

“Good fences make good neighbors,” and we need a federal government that will be a “good neighbor” to the states and the people. But walls and fences require regular attention and repair to be effective – whether the physical kind or the metaphorical kind. And because they have been so long neglected, the constitutional walls designed to protect the American people from an overzealous federal behemoth are in desperate need of repair.

Republicans who are truly motivated by principle rather than politics now have a historic opportunity to join with Democrats who, since Trump’s election, may be more eager than ever to refortify boundaries on the scope and jurisdiction of the federal government. Now, then, is the time for us to embolden our state legislators on both sides of the aisle to use Article V – the one constitutional tool that can impose effective, non-partisan, structural restraints on Washington. This is the kind of “wall” that unites us all, because none of us wants Washington to decide for all of us.