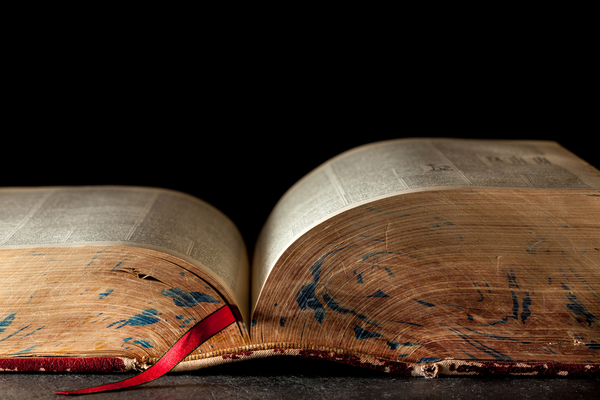 The following article was originally published on The Red Millennial.

You might be surprised to learn that the federal government does, by-and-large, follow the US Constitution–but not the one that was penned in 1787.

“Congress does follow the written Constitution,” said Gary Porter, who serves as the Executive Director of the Constitutional Leadership Initiative. He pulled a small booklet from his shirt pocket.

“This is a pocket Constitution,” he said. “It’s 4,400 words. About 7000 words if you count the amendments.” Porter then turned toward a large document on a nearby table. It looked like an encyclopedia.

“Here is the Constitution enforced today,” he said, flipping the book open with some effort.

“This is 3000 pages of Supreme Court rulings showing what every ruling has done to the original words.”

It’s called the The United States Constitution: Interpretation and Analysis and is available for free on a government website, but a physical copy costs about $300. The document serves as the legal authority for everything that the federal government does.

“Every page represents a grant of power to the federal government,” Porter said.

“This isn’t going to get any smaller,” he said as he thumbed to the back of the monstrosity, revealing perhaps a hundred or more white pages. “Every time they publish this document, they leave a bunch of blank pages at the back for additional rulings that they know are coming.”

So if you think we just need to elect people who pledge to follow the Constitution, think again. With the Supreme Court’s interpretation of the Commerce Clause and General Welfare Clause, in particular, Congress can do pretty much whatever it wants. And that’s just two clauses.

“This is the Constitution in operation today,” Porter said. “Unless we make its wording crystal clear, we will continue to operate under this document forever and ever until the whole house of cards comes falling down.”

Porter is a supporter of Convention of States Project. Under our resolution, the states can invoke Article V of the Constitution to establish new limits on the Supreme Court and restore the law of the land to the original Constitution.