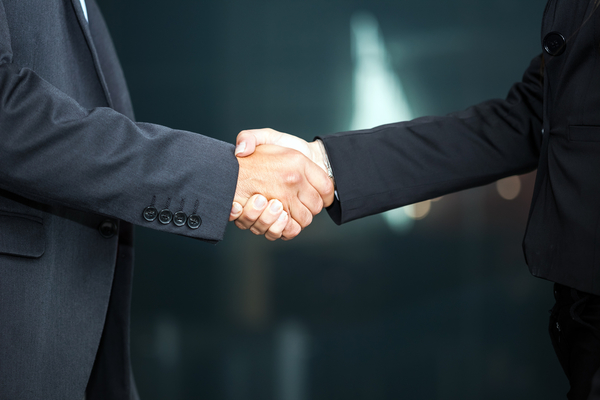 It’s happening in state legislatures around the country.

As applications for an Article Five convention to limit the feds make their way through the state legislatures, a great irony is unfolding before the eyes of a nation desperate for meaningful government reform. It goes something like this:

The case is made for passing the application. Washington, D.C. is operating far outside the bounds of its legitimate constitutional authority, and the Article Five convention process is the constitutional tool crafted by the Founders to empower the states to restrain the national government.

The most liberal member of the body then rises to oppose the application. He raises the specter of a hypothetical (and unprecedented) “runaway convention” that might result in the repeal of the First Amendment, or even the reinstatement of slavery (is there really a single person in the U.S. who would support either? Really?).

But it’s the next part that takes the cake. Because the next part of the typical Article Five floor debate is when an ultra-conservative legislator rises to join forces with the ultra-liberal in opposing this essential power-balancing mechanism provided in our Constitution.

They appear to share talking points, which prominently feature words like “afraid,” “what if,” and “runaway.” Both speeches dwell on irrational delusions about wild-eyed convention delegates hiding behind the curtain, just waiting for their chance to single-handedly snatch away precious components of the Bill of Rights. Each points blindly in the general direction of the other, terrified that someone, somewhere wants to trash the Constitution.

Neither can explain how the rogue delegate might end up representing the state at the convention (since state legislatures choose their delegates), how he would convince the majority of the state delegations to go along with him at the convention, or what water-borne pathogen might induce a whopping 38 states (required by Article Five) to ratify the obliteration of our founding document.

But however ridiculous the positions of these anti-Article Five state legislators they appear to be sincerely held.

It would be comical, if it weren’t such a tragedy for the American people.

Fear, when allowed to be the primary motivator of action or inaction, has always been disastrous for the American people. It was fear that led to the internment of innocent Japanese Americans during World War II. It was fear that motivated McCarthyism during the Cold War.

And in the current presidential race, many of us watch dumbfounded as fear for our future—combined with anger toward D.C.’s established ruling class—has catapulted into prominence a candidate whose campaign capitalizes on those baser human emotions.

When will we learn our lesson?

Fear is not compatible with logical, reasoned decision-making. It leads to a paranoid distrust of people around us who often share the core values we seek to protect.

If the liberal legislator and the conservative legislator both revere our Constitution and fear a “runaway convention,” then who is this unnamed bogeyman who will perpetuate the runaway?

Fear-induced conservatives claim the bogeyman is George Soros and the organizations he funds. But in a recent press release, several of these very groups announced their opposition to any use of Article Five of the Constitution. Why? Because they are afraid of a runaway convention!

While the liberal Wolf PAC does seek an Article Five convention to impose campaign finance reform, its model resolution expressly states that if two-thirds of the states pass its resolution, the resulting convention must be limited to that stated purpose. Wolf PAC is not the bogeyman; it is a group of citizens seeking, in good faith, to use a constitutional process.

When all parts of the political spectrum agree that the worst possible outcome would be a meeting that strays from its agenda, the rational expectation is that the ensuing meeting will proceed according to the agenda agreed upon by the requisite 34 states that trigger the convention under Article Five.

It’s time to stop the crazy talk and deal in reason. And here’s why it’s critical that we do so now by passing the Convention of States Project resolution:

As each pole of the political spectrum runs from the imaginary bogeyman at the opposite end, the American people are made to suffer another 80,000 pages of rules and regulations written by unelected bureaucrats. We consider, in horror, the possible lawmaking that a President Donald Trump or President Hillary Clinton could attempt with a pen and phone in the tradition of our current president. We tremble at the uncertainty of Justice Scalia’s replacement, fully aware of the awesome mantle of power borne by a single, unelected Supreme Court Justice.

All the while, the Article Five process for proposing amendments offers the states and the people a recourse—a means of actually implementing the Tenth Amendment and putting an end to federal overreach. But it sits unused. Because of fear.

Conservatives and liberals surely have vastly different opinions about public policy, and even about the proper interpretation of some constitutional provisions. But conservatives and liberals alike can, and do, cherish our Constitution. So when it comes to questions of using the constitutional Article Five process to achieve needed reforms at the federal level—reforms that will only come from outside the beltway—we need to put aside irrational fear and be united instead behind our shared and far nobler motivations of duty, courage, and patriotism.

This article was originally published on TheBlaze.com.