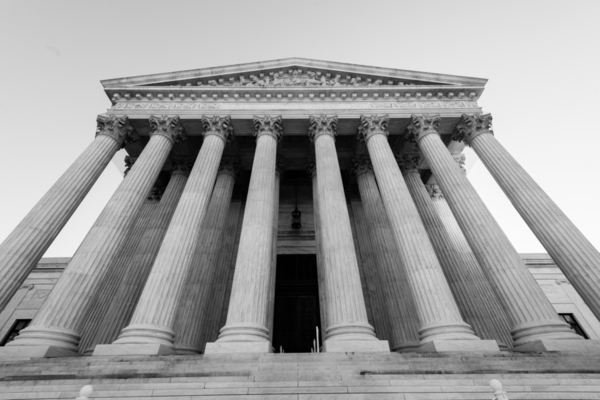 The Framers of the U.S Constitution instituted three branches of the federal government. Today, we have four: the President, Congress, the Supreme Court, and the federal bureaucracy.

Unlike the first three branches, the federal bureaucracy is almost entirely unaccountable to the will of We the People. Congress has given them vast amounts of latitude to implement policy and regulations, and they’ve used every inch of that power to exert their control over American citizens.

To make matters worse, as former attorney general of Virginia Ken Cuccinelli explains, the courts always side with these non-elected, unaccountable bureaucrats. In 1984 the Supreme Court ruled that the courts should defer to the interpretation of the administrative state whenever a statute is "ambiguous." Considering the ability of creative bureaucrats to find ambiguities in Congressional statutes, this 1984 ruling has allowed the bureaucratic state to grow far beyond what the Framers could have ever imagined.

There are only two ways to reverse a Supreme Court decision: another Court decision or a constitutional amendment. Considering the likelihood that the Court will reverse their ruling, the American people would do well to investigate an Article V Convention of States.

A Convention of States has the authority to propose constitutional amendments. These amendments can tackle issues like the nation’s finances and term limits, but they can also address faulty Court rulings that have granted the federal government more power than it should have. Millions have joined the movement, and hundreds more join every week.