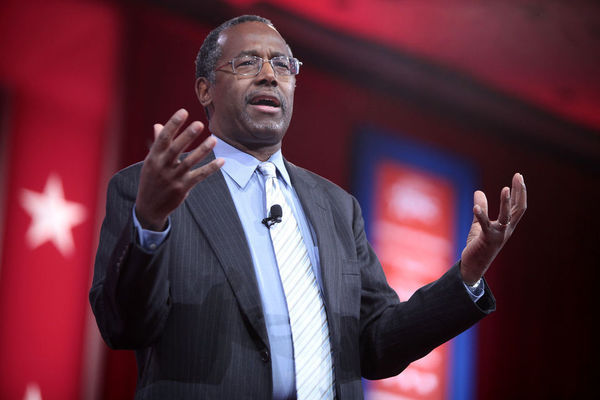 The following was written by Garrett Humbertson and published on The Red Millennial.

There is a growing effort among the states to call an Article V convention that would craft new constitutional amendments in order to limit the federal government. Some presidential candidates are getting behind one or more of these efforts while others have yet to be asked.

Under Article V of the Constitution, two-thirds (34) of the states have to pass similar resolutions in order for a convention to be called. This effort has reached a historic level as 27 states have now called for a balanced budget amendment convention.

Additionally, Convention of States Project is calling for a convention that would impose fiscal limits, term limits, and other limits on the federal government. We have endorsed their resolution, which has been passed bythree states, is being considered by 36 more states, and has the largest grassroots infrastructure.

Let’s take a look at where the various presidential candidates stand on this historic effort that would change how DC does business.

Bobby Jindal, the governor of Louisiana, has officially endorsedConvention of States Project:

“We can — and we must — scale back the monstrosity that our federal government has become.  For this reason, I support the Convention of States project efforts to call an Article V convention to propose amendments to restrain the size of the federal government.”

Jindal is not an official presidential candidate but is widely expected to become one.

Mike Huckabee also endorsed Convention of States Project not long after he had the organization’s founder on his show.

“The Framers gave us a structure to allow the states to unilaterally impose proper controls on the federal government when it overruns the boundaries they had established.  Article V allows for a Convention of States for this very purpose.”

Rand Paul has testified before the Kentucky state legislature, telling legislators that they should write the rules for a future Article V convention to prepare for a balanced budget convention.  Paul said the balanced budget amendment is necessary “to get our nation’s fiscal house in order.”

Paul has also expressed support for a convention of states for term limits. He has not been specifically asked about Convention of States Project, but a balanced budget amendment and term limits are both germane under their resolution.

Ted Cruz immediately declared his support for Mark Levin’s book The Liberty Amendments upon its release, posting a link on his Facebook page. Cruz wrote, “Mark’s book sparks an important discussion about how to fix the problems that face our Republic.”

In a conversation with Bob Menges, the South Carolina director for Convention of States Project, Cruz reiterated his support for the movement.

Ben Carson recently spoke at a South Carolina event in favor of an Article V convention for a balanced budget amendment. He also reportedly expressed support for the Convention of States project resolution. Both resolutions are currently being considered by the South Carolina legislature.

John Kasich has been touring the United States and testifying before various state legislatures in favor of a Balanced Budget amendment, although he thinks that Congress could beat the states to the punch: “If 34 states can get there and say ‘we want a federally balanced budget and we want that in our Constitution,’ something will happen.”

Kasich has not declared his candidacy, but he is expected to run for President.

Marco Rubio’s opinion on the movement is unclear. In an interview with Sean Hannity, Rubio said he thinks Levin’s book is “interesting” and that he has “warned” his colleagues in Congress that an Article V convention of states could happen. Rubio then changed the subject without taking a firm position.

Relevant comments start at 7:24 in the video below.

We think that all the presidential candidates should be asked about this important movement and we look forward to their answers.

Click here to read more from the Red Millennial.