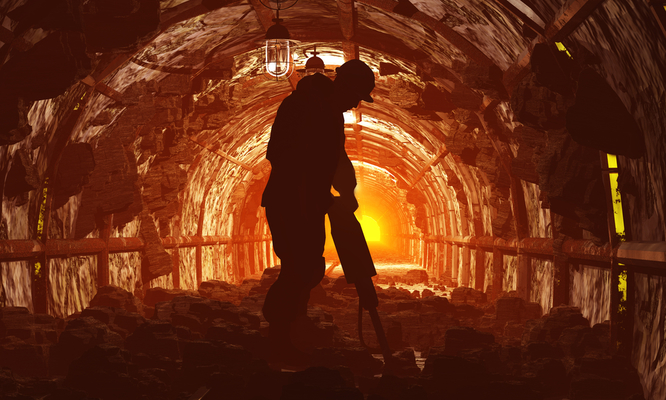 The following article was published on The Blaze.com on June 4, 2015. Click here to read it in its original location.

The Environmental Protection Agency’s “War on Coal” is a war that the states literally cannot afford to lose.

With coal providing almost 40 percent of U.S. electricity and around a half-million American jobs, we all stand to suffer from proposed federal regulations that would force plants to close, drive our electricity bills up, and hinder the competitiveness of U.S. manufacturers in the global market.

But this recent bureaucratic power grab is more appropriately described as a “battle” than a “war.” It is just one fight—albeit an important one—in the larger War on Federalism being waged day after day by a formidable national government in Washington, D.C.

The specific power play being made by the EPA in this instance is handily representative of the processes that have steadily expanded federal power over the years. Just like Presiden tBarack Obama’s executive fiat on immigration policy, it involves actions that do not quite ignore constitutional boundaries, but simply lawyer around them.

Here, the EPA wants to order the states to apply the same crippling carbon dioxide emission standards to existing energy plants—already regulated under a separate section of the Clean Air Act—as the federal standards designed for new plants.

For decades, the EPA has been administering the federal law according to a common-sense reading of the language, whereby exiting sources of air pollution are regulated under one section and new sources or otherwise unregulated sources are governed by another.

Then came a failed attempt by the Obama administration to shepherd new climate change legislation through Congress. Voilà! Now, citing a dubious ambiguity in the wording of one provision of the decades-old Clean Air Act, the EPA claims that Congress actually authorized it to apply the more stringent standards to existing plants anyway.

The EPA’s attempt to steamroll what most see as a clear, congressionally-constructed boundary on its regulatory authority is made possible by a landmark Supreme Court precedent, a 1984 case called Chevron U.S.A. v. National Resources Defense Council. That case gave us the “Chevron Test” for evaluating the extent of agency authority by reviewing Congress’ statutory instructions to the agency.

Essentially, if Congress’ direction to the agency is clear, that direction simply must be followed. If, however, there is silence or ambiguity in the language, then courts will uphold the agency’s action as long as it is based on apermissible interpretation of the law.

In other words, an interpretive “tie” goes to the bureaucrats.

This judicial policy puts power tools in the hands of bureaucracies that, just by virtue of their consisting of human beings, are already predisposed to chip away at the limitations of their authority. It invites every administrative agency to expand its power at every turn by inventing creative statutory interpretations that can pass the low bar of being considered by some federal judge to be “permissible.”

As it turns out, federal bureaucrats are creative geniuses when it comes to “interpreting” their statutory authority. Their creativity mirrors that of the executive, legislative, and judicial branches in interpreting the Constitution itself.

Invariably, all this interpretive creativity comes at the expense of the states. In fact, this very Battle over Coal is an example of how much the states have already lost, for this battle is a tug-of-war between federalagencies and the federal legislature over an area of policy that rightfully belong to the states.

Strategies for winning this Battle over Coal in the short-term—including the usual expensive lawsuits—must not be mistaken for the needed long-term solution to the epidemic erosion of our constitutional federal system.

We cannot allow our national government to continue distracting us with countless and repeated skirmishes over the practical and procedural terms of their abuses of power. Instead, we must engage in the larger war over fundamental constitutional principles that the feds are actually waging.

The states are well-equipped to win this War on Federalism decisively, but victory requires them to use the one effectual constitutional tool at their disposal that, until now, they have entirely neglected.

By invoking Article Five’s state-controlled process to propose constitutional amendments, the states can foreclose the feds’ opportunity to lawyer around limitations on their authority. The states can definitively end not only the EPA’s attempt to hijack legislative prerogatives, but also hundreds of other instances of overreaching by bureaucrats, the president, Congress, and even the Supreme Court.

A constitutional amendment could overrule the Chevron case’s “tie goes to the agency” framework and replace it with a rule that where Congress’ intent is unclear, the agency may not act.

But more importantly, a constitutional amendment could limit the power of Congress to interfere with policies that the Constitution reserved to the states. For example, an amendment could overturn the current, overbroad interpretation of the Commerce Clause, which was originally intended to merely allow Congress to regulate economic activity that crosses state lines.

Americans must recognize that what is ultimately at stake here is our self-governance. Will the vast majority of our laws be created in the state and local governments that are most responsive to the people, as intended by the Constitution? Or will we instead allow ourselves to be ruled by an elite ruling class in a distant capitol, which hands down high-minded orders and cracks the whip on the backs of the states to carry them out?

Federalism is a defining characteristic of our exceptional Constitution, and it is under siege. But the War on Federalism is one that the states can win if they use the appropriate constitutional defense.

To learn more about the Article Five Convention of States process, read my five-part series.

Rita Martin Dunaway serves as Staff Counsel for The Convention of States Project and is passionate about restoring constitutional governance in the U.S. Follow her on Facebook (Rita Martin Dunaway) or e-mail her at rita.dunaway@gmail.com.