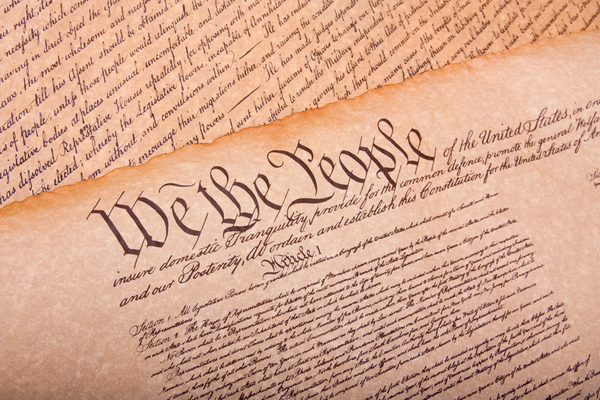 The following excerpt was written by Tamara Colbert and originally published on TexasGOPVote.com.

America is at the edge of a cliff. With crushing debt and spending, one-third of Americans out of work, a president driving racial tensions and a world on the edge of war, thank goodness Texas has the leadership of Governor Greg Abbott.

He is a rock-solid liberty-anchor in a world suffocating from a leadership vacuum. For those of you “hoping” that the Congress will wake up tomorrow to enforce the rule of law and Constitution, I have one piece of advice. Hope is not a strategy.

In a recent opinion editorial, Ms. Shirley Spellerberg spread a sea of misinformation to instill fear in Texans about the Convention of States Project and Article V, while lambasting Gov. Abbott and by inference, the wisdom of our Founders themselves. Unfortunately, she would rather use fear to quash a constitutional discussion that empowers and educates legislators and citizens to the Constitution and their duty as sovereigns.

Anti-constitutionalists who oppose using the Constitution to save the country are dead wrong in their assumptions and even more egregious in their willful ignorance of history. Imagine if the fate of America was left to them. We know without a doubt that choosing to do nothing, only one thing will happen. The United States will follow the cues of Greece, the USSR and Rome – collapsing from within into ruin. We can be very thankful that America’s Founders were spiritually anchored in faith and not fear.

Contrary to what opponents will tell you, an Article V amending convention of states will NOT jeopardize our Constitution; Convention of States Project supporters are NOT misguided; and that the COS Project’s resolution CAN fix federal agencies making law, unconstitutional executive power grabs or judges who legislate from the bench.

The good news is that the COS Project resolution can address many issues facing the nation. The resolution is a limited “subject” matter resolution with three components calling for fiscal restraint, limiting the size, scope and jurisdiction of the federal government and term limits on federal officials (such as judges). This is precisely why Gov. Abbott’s Texas Plan compliments the COS Project resolution. His nine ideas provide a starting point for legislators that illuminates how to address structural changes in the federal leviathan that could be fixed with the proper amendments.

Balancing the budget fits nicely within the “fiscal restraint” part of the Convention of States Project resolution, but why stop there. Did you know that under this “subject”, commissioners could discuss abolishing the IRS completely and recommend a flat, fair or consumption tax to replace it and spread the tax burden once-and-for-all equally among all Americans regardless of income?

President Ronald Reagan supported balancing the federal budget 1983. Back then our debt was under $5 Trillion. President Reagan supported using Article V to create mechanisms to keep the federal government in check and mandate fiscal responsibility. Many who oppose COS Project now helped kill the balanced-budget amendment that President Reagan supported. Two days before the Constitution was finalized, Colonel George Mason implored the commissioners to include the States-originated amendment process now in Article V. His primary reason was that an out-of-control federal government would never propose amendments (via the Congressional-origination process already agreed to by the delegates) to restrain itself if it grew too big and corrupt.