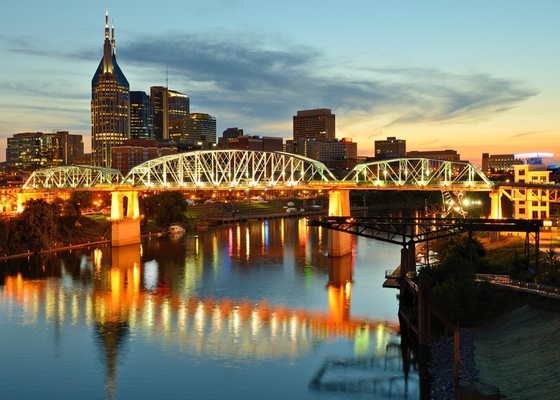 Our U.S. Constitution was built to protect citizens and individual sovereignty by limiting what the federal government could and could not do.

America’s Founding Fathers created checks and balances so that the ultimate authority in self-governance would always reside with the people.

While we are in the midst of the primary season, which will culminate in the choosing of a new president, we must remember we are not choosing a new king. No president can single-handedly fix a federal government gone wild, nor should they be able to.

Only the American people, united in purpose, can save America from the soft tyranny flowing out of Washington, D.C. Our founders knew a day was coming when the federal government would ignore the cease-and-desist shouts coming from we the people. “Enough” is no longer in Washington’s vocabulary.

Thankfully, our founders gave us a tool, one they had used more than 30 times before penning the Constitution, that gives us the power, through our state legislators, to act in self-defense against a national legislature.

This tool, codified in Article V of the Constitution, is the ultimate check and balance against a lawless federal government.

Last week Tennessee added our state to the growing list of states calling for the use of Article V to offer amendments to the Constitution that impose fiscal restraints on the federal government, limit the power and jurisdiction of the federal government, and limit the terms of office for its officials and for members of Congress. In doing so, supporters of Article V have come under attack by those who advocate for the status quo.

Recently, an inside-the-beltway group, Campaign for Liberty (among their many front organizations), emailed Tennesseans in an attempt to create unwarranted fears of using the power given to us by our founders. Distorting historical facts about Article V to accumulate power, while fundraising off this fear, is abhorrent. We should all reject these tactics.

We have no fear of Article V because it was written by our Founding Fathers to be used for exactly this time. Anyone afraid of Article V attacks those who pledged their blood, fortunes and sacred honor in the founding of this great nation.

If you believe in America and the Constitution, then these groups are attacking you. A slick marketing hit piece must not deter us. With endless betrayals by corrupt politicians on both sides of the aisle, our choice is clear.

It is time to use Article V to call a convention of states to propose amendments that would put Washington back in its constitutional box and return power to the states.

I am a veteran, a former Army helicopter pilot. The Second Amendment, like of all our rights, exists outside of any government. The protection of that right hits home for me, as I am also a federally licensed firearm dealer and ammunition manufacturer.

I would never do anything to infringe on this unique right we have as American citizens — to be armed. In fact, as the Tennessee state director for the Convention of States Project, I am involved in trying to protect this amendment and our entire Bill of Rights and the constitutional foundation to be a self-governing nation.

Our legislation, SJR 0067, had 61 co-sponsors in the Tennessee House who believe in the entire Constitution and have the courage to stand up to protect it. These heroic legislators are tired of old arguments and misinformation that harms their constituents and only helps the provocateur fundraising team of Campaign for Liberty.

Aren’t you tired of people trying to take your voice and choices away? I am.

I took an oath upon entering the Army to protect and defend the Constitution against all enemies, as did our Tennessee legislators. The difference between us and Washington is that we meant it.

Join with me, Texas Gov. Greg Abbott, economist Thomas Sowell, Senators Marco Rubio and Rand Paul, Ben Carson, former Arkansas Gov. Mike Huckabee, legal heavyweight Charles Cooper (outside counsel for NRA, clerk for Justice Rehnquist and Asst. Atty. Gen. for the Office of Legal Counsel in the Reagan administration), among many others who are calling to stop a Washington, D.C., that will never fix itself.

Scott Williams of Maryville is director of the Convention of States Tennessee.