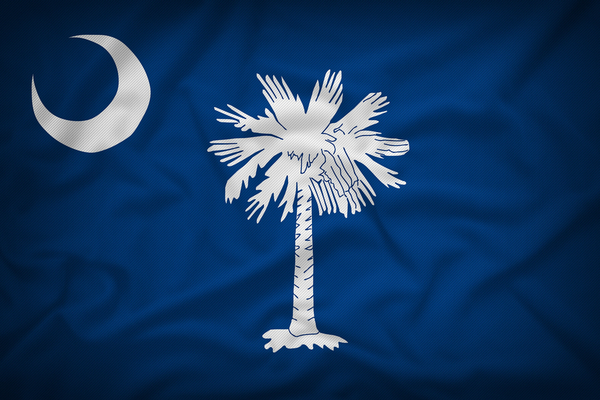 The following press release describing Claude O'Donovan's presentation to the Chesterfield County GOP was published last week by our team in The Palmetto State. It's a great example of the real work being done around the country by Convention of States volunteers who are willing to tell their friends, neighbors, and community about the Founder's solution to federal overreach. We know there are thousands more like Claude across the country, and we wanted to take a moment to say -- thank you.

George Mason is commonly known as the “Father of the Bill of Rights”. As a delegate from Virginia to the United States Constitutional Convention, Mason was a staunch proponent for individual liberties to be included in the Constitution. He believed the Federal Government should be limited in power and the states should have the ability to govern themselves.  Mason foresaw a time when a strong central government would abuse its power and history has proven him correct. He was instrumental in fashioning the mechanism, Article V of the Constitution, which provides a way to correct this abuse. The Chesterfield County Republican Party’s recent guest speaker, South Carolina’s Convention of States Legislative Liaison Claude O’Donovan, helped explain the growing movement to engage this process.

An Aiken resident via California and Alaska, Mr. O’Donovan’s presentation proved to be very informative. He reviewed some of the catastrophic realities facing our nation including massive debt, the loss of individual liberties and the overall weakening of our national sovereignty. “United States citizens are subject to over ‘300,000 and growing’ federal regulations that are jailable offenses”, Mr. O’Donovan stated. “Federal agencies are routinely showing up at industry’s door with back breaking, previously unknown new rules. Some of these are legislative but many are fabricated by career bureaucrats and our country’s economy is being drastically damaged by many of these unneeded, oppressive burdens. The Executive and Judiciary branches have continuously extended their grasp while the third branch of government and the one closest to ‘We the People’, Congress, has shown a growing reluctance to use its constitutionally authorized authority to reign in these destructive excesses.”

Mr. O’Donovan also expounded that our Founding Fathers did not intend for the Freedom that they had fought so hard for and that so many Patriots had died for to be subjected to the kind of repression we now face.  His address brought clarity to what is a vague concept to most of us as he explained the process of making a Convention of States a reality.

With an impressive and rapidly growing list of respected Constitutional legal scholars, statesmen and American citizens supporting and working towards an Article V Convention, it looks hopeful that within the next 24 months it may be possible to actually convene and act on George Mason’s vision.   “This convention will have the sole purpose of limiting the power and jurisdiction of the federal government by proposing amendments that impose fiscal restraints and term limits for officials and Congressional members,” Mr. O’Donovan explained.

The next scheduled meeting of the Chesterfield County Republican Party will be at 7 PM on Tuesday, September the 8th, at the Ruby Town Center. The public is cordially invited to attend.