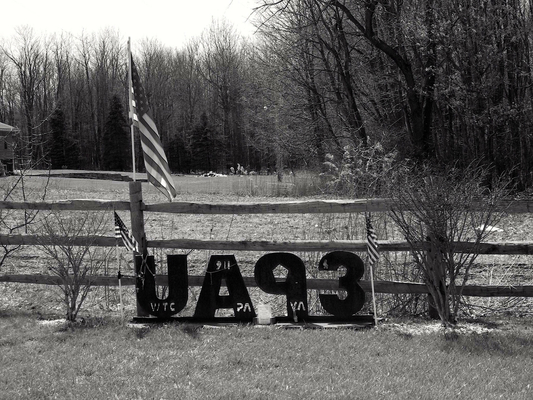 On September 11, 2001, the first successful counterattack of our long war against Islamic jihad was launched not by the United States military but by a small, spontaneously-formed, self-governing group of American citizens who possessed the courage to fight back.

While it’s impossible to know all that transpired on the flight, the combination of phone calls from passengers on-board and data from the flight recorders tell us a few key things:

First, within ten minutes of the hijacking the passengers were aware of the attacks on the World Trade Center and knew they were confronting a likely suicide attack and not a conventional hijacking.

Second, they collectively decided within minutes (evidence indicates by taking a vote) that they were going to fight back and began planning their attack.

Third, by 9:55 a.m., they were ready, with the attack apparently initiated by Todd Beamer’s now-legendary words: “Let’s roll.”

Fourth, the passengers’ attack created chaos in the cockpit, forcing the hijackers to abort their mission (likely striking the Capitol Building) and dive the plane into the ground.

While it’s difficult to comprehend such courage, it’s vital to recall that it came not from men and women trained to fight but from people exactly like those you see when you board your own flights: the banker down the aisle on his way to yet another business trip; the soccer mom in the seat next to you flying to see a beloved aunt; and – well – you, with all your limitations and fears but also with all your convictions and hopes. In fact, on last year’s September 11th anniversary, I was on a flight home to the United States from Israel, adding poignancy to what is already a day rich in national memory and symbolism.

The airline passengers on that fateful day, through the strength of their shared values and in a moment of ultimate crisis, came together in a way that will echo through history and gave an entire nation hope in the aftermath of arguably its darkest day.

I recall a conversation from our nation’s Founding.

At the close of the Constitutional Convention, Benjamin Franklin was reportedly asked, “Well, Doctor, what have we got – a Republic or a Monarchy?”

Doctor Franklin famously replied, “A Republic, if you can keep it.”

The American people – since we’re only human – are far from perfect, but we’ve proven again and again that we can keep our Republic. We prove it in ways large and small, from conversations with friends as we transform the apathetic into the engaged, to moments of effort and organization as we create coalitions to challenge a government that drifts from its founding purposes.

In the rarest of times, and with the highest of stakes, Americans prove it by laying down their lives in the fight against ultimate evil.

So, on this September 11, we remember the fallen, and we also remember that day’s triumph – the triumph of ordinary Americans who decided to keep their Republic – and save the lives of fellow citizens they’d never know – by paying the ultimate price.

The story of Flight 93 is the story of the ordinary American, and it is still a very good story indeed.