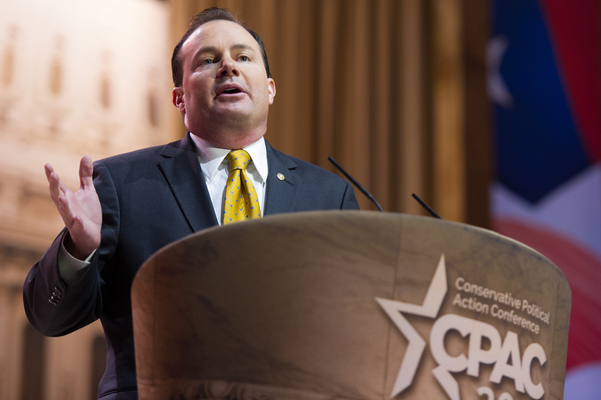 The Founders gave "all legislative powers" to Congress in Article I of the Constitution. They did so because Congress--unlike federal bureaucrats--is elected by the people. If Congress passes a law that undermines the will of the people, the people can voice their disapproval next election cycle.

As legislators like Senator Mike Lee are now realizing, Congress's decision to cede so much of their rule-making authority to federal agencies has destroyed the people's ability to decide who makes the laws.

Republican Senator Mike Lee argued Thursday that the federal government is broken, and congressional weakness, including passive Congress handing its powers over to the executive branch, is to blame.

“Congress has recast itself as the backseat driver of American politics,” Lee said.

Lee, along with former Representative Ernest Istook (R-Oklahoma) and Stephen Moore, a Distinguished Visiting Fellow at the Heritage Foundation, spoke out in support of the Article I Project at Utah Valley University’s library on Thursday. [...]

The project is an effort by a group of legislators that aims to limit what they say is executive overreach and return powers given by congress to the executive branch back to congress.

“The car is not running right because we are not keeping it in proper condition,” Istook said. “The decisions are being made by the wrong people at the wrong levels.”

We applaud these Congressmen for their efforts, but they may be too little too late. The rule of federal agencies is so entrenched that there isn't enough political will to dislodge them. Lone Congressmen like former Senator Tom Coburn (R-OK) have been exposing executive overreach for years, to little avail.