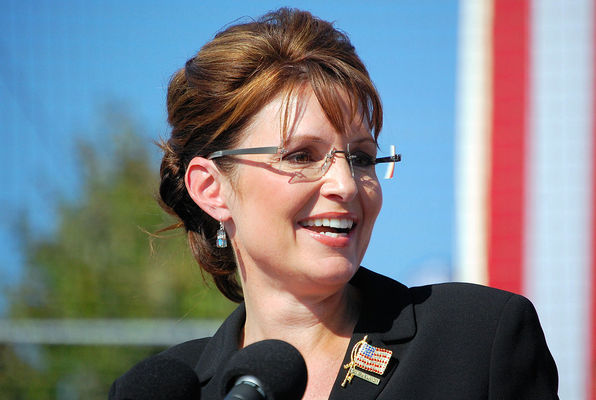 The following was originally published on Conservatives4Palin.com. It's the transcript of a video published on the Sarah Palin Channel, which you can sign up to watch here.

Our Founders wisely created the option of the Convention of States in the Constitution as a tool in case the federal government came to disregard the will of the people. Now some pundits are using scare tactics to misrepresent the Convention and what it could do to the U.S. Constitution.

I’ve happily been advocating that America call a Convention Of States to propose amendments to rein in the Federal government.

This is an option that our founders gave us in Article V of our constitution.

They gave us Article V as an ultimate security check just in case the Federal government ever grew too large .. too corrupt .. too incompetent.

The time for this idea is now!

That’s why State legislatures around the country are voting on legislation.

It convinced me that the Convention Of States is the last recourse for Americans to rein in our out of control Federal government, because D.C. will never fix itself!

Every time I bring up this topic critics start painting this scary picture of what might happen if we call a Convention Of States.

Their biggest criticism is a fear that the delegates might disregard the purpose of the Convention and rewrite the entire Constitution.

Let me put their minds at ease.

There are four reasons why a Convention is safe.

Number 1 • The applications that the State legislatures are passing right now, define the topics to be addressed at the Convention. Anything beyond that scope is ‘out of order’.

Number 2 • State legislators send Convention Commissioners who are subject to instructions given by their State.

Number 3 • Lets just say for the sake of argument that reasons number one and number two failed. If they did, the Courts could declare their actions void.

Number 4 • Whatever amendments the Convention proposes will not take effect until three-fourths of the States ratify them.

That’s 38 States. By definition, if 38 States agree on an amendment it’s not runaway. It’s a mandate!

We already have a runaway Congress and a runaway President.

The founders gave us Article V of the Constitution to stop them.

It’s time to use it!