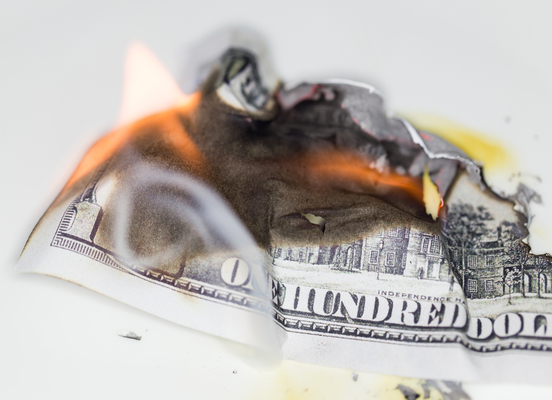 The following excerpt was written by Marc Joffe and originally published on Reason.com.

The federal government's latest financial statements came out last week and they paint a dire picture of our nation's fiscal health. It's not just the annual deficit, which is too large and growing. The new report shows trillions in long-term liabilities that could burden the country for years to come. And it suggests that financial management in large government agencies, like the Department of Defense, is appallingly poor.

The federal government reports assets of $3.5 trillion and liabilities of $23.9 trillion yielding a negative net position of $20.4 trillion. Although this last amount is similar in size to the national debt, net worth is conceptually different.

Federal audited financial statements use accrual accounting, which means that obligations are recognized as they are incurred. For example, the $23.9 trillion in liabilities includes $7.7 trillion in veterans benefits and retirement benefits earned by federal civilian employees. Another $200 trillion in liabilities arise from various guarantees the government has made, including its commitment to backstop private pension plans—many of which are becoming insolvent.

But the biggest federal liabilities of all do not appear on the government's balance sheet. According to a supplemental schedule, the federal government has $49 trillion in Social Security and Medicare liabilities. Although these retirement obligations are just as politically sacrosanct as federal employee pensions and federal guarantees for private pension systems, they receive very different accounting treatment. If these obligations were placed on balance sheet where they belong, the government's negative net position (i.e., its unfunded debt) would balloon to $69 trillion—well over triple the nation's $19 trillion gross domestic product.

As the accompanying chart shows, the federal government's net position has been deteriorating throughout the 21st century. The only apparent bright spot occurred in 2010 when actuaries bumped down Medicare liabilities amidst optimism about Obamacare's prospects for reining in medical costs—a hope that has not fully panned out. The big spike between 2003 and 2004 was largely the result of George W. Bush's unfunded Medicare prescription drug benefit.

Tired of the feds irresponsible spending? Then join the organization with a solution as a big as the problem. An Article V Convention of States can force the feds to spend our money more reasonably. Click the blue button below for more info and to get involved.