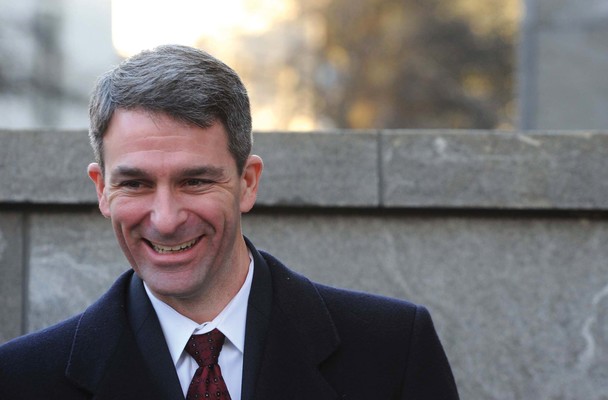 Beneath the cloud of dust that has been raised by those who will oppose Article V’s convention mechanism at any cost, there are real answers to be found to genuine questions and concerns about the process.  These answers, as you will see, are grounded in combinations of historical fact, law, precedent, and logic.

Good Constitutional Amendments Can Correct Most of the Federal Abuses of Power.

First of all, it is important to understand why the Convention of States Project is seeking to trigger an amendment-proposing convention in the first place.  Adding amendments to the Constitution is a serious and difficult business, and we would not undertake this enormous effort if we believed there was some other way to put our nation back on its proper course.

But most of the problems we now face are the result of constitutional interpretations that capitalize on ambiguities in the wording of certain phrases (i.e., the General Welfare Clause—now interpreted as unlimited power to spend).  So we can restore the federal government to its proper, limited place only by clarifying the original meaning of those phrases through constitutional amendments—effectively overturning the bad Supreme Court precedents that have eviscerated our federal system.

Article V’s Convention Mechanism is the Tool Given to the States to Check Federal Power.  It is Not Controlled by Congress.

Article V naysayers claim that we should fear the use of the convention mechanism because they believe that Congress, which is given the duty to “call” the Convention upon application by 34 states, then proceeds to dictate the operations of the convention, determine the scope of the proposals to be discussed, and even select the delegates to attend it!  This claim is easily laid to rest using a combination of history, logic, and precedents.

History – Review James Madison’s Notes of the Convention for September 15, 1787.  An earlier version of Article V gave Congress the power to propose amendments whenever two-thirds of both Houses deemed it necessary, or upon application of two-thirds of the state legislatures.  At first glance, this sounds very similar to the current version of Article V.  The difference between that version and the current version is in who does the proposing.

Col. George Mason objected to the earlier version.  He “thought the plan of amending the Constitution exceptionable & dangerous.  As the proposing of amendments is in both modes to depend, in the first immediately, in the second, ultimately, on Congress, no amendments of the proper kind would ever be obtained by the people, if the Government should become oppressive, as he verily believed would be the case.”

And so we got the current version, unanimously adopted by the Constitution’s drafters, requiring Congress to call a convention of the states for proposing amendments upon application of two-thirds of the states.

On November 14, 1788, the Virginia General Assembly filed the first application for an Article V Convention to propose a bill of rights, using this language:

The anxiety with which our countrymen press for the accomplishment of this important end, will ill admit of delay. The slow forms of Congressional discussion and recommendation, if, indeed, they should ever agree to any change, would, we fear, be less certain of success. Happily for their wishes, the Constitution hath presented an alternative, by admitting the submission to a convention of the States. To this, therefore, we resort as the source from whence they are to derive relief from their present apprehensions.

We do, therefore, in behalf of our constituents, in the most earnest and solemn manner, make this application to Congress, that a convention be immediately called, of deputies from the several States, with full power to take into their consideration the defects of this Constitution that have been suggested by the State Conventions, and report such amendments thereto as they shall find best suited to promote our common interests, and secure to ourselves and our latest posterity, the great and unalienable rights of mankind.

This document makes it abundantly clear that an Article V Convention is a “convention of the States,” to be composed of “deputies from the several States.”

Logic  - In light of the stated purpose of our Founding Fathers in adding the Convention mechanism to Article V (to provide the states with a way to bypass Congress), it would have been completely illogical for them to choose, as their safety net, a process that gave Congress control over what proposals could be considered, the identity of delegates to consider them and the rules that would govern the convention.  Our Founding Fathers were far too wise and experienced to have made such an obvious blunder.

Precedent – The body that “calls” an interstate convention does not, by virtue of issuing the “call,” exercise any power to choose or commission the delegates who will represent other bodies at the convention, nor any power over the rules or operation of the convention.  This is a matter of logic, but also a matter of precedent.  Remember that Virginia “called” the Philadelphia Convention of 1787. Did it get to choose the delegates for Massachusetts? Of course not. Massachusetts did. Each state chooses its own delegates regardless of what body calls the convention.

Conclusion:  The states control the Article V convention process from beginning to end.  Congress’ role is limited to issuing the “call,” once it receives 34 applications for a convention on the same topic.  The “call” simply sets the date, time and location of the meeting.  The state legislatures control the selection and commissioning of their convention delegates.

Congress Cannot Use Its Article I Powers to Control an Article V Convention.

The federal courts have ruled that Congress’ attempt to use Article I power to affect the Article V process through ordinary legislation was unconstitutional. See Idaho v. Freeman, 529 F.Supp. 1107, 1151 (D. Idaho 1981) (“Thus Congress, outside of the authority granted by article V, has no power to act with regard to an amendment, i.e., it does not retain any of its traditional authority vested in it by article I.”).  This case was litigated and won by the Convention of States Project’s own Michael Farris.

There is also a logical flaw here.  Why would Congress even bother to make a legally doomed effort to try to control the Article V convention mechanism, when it can simply propose amendments of its own under Article V power any day that it sits in session without a convention?  And even if Congress were somehow to gain control of an Article V convention, why should we fear the results any more than we fear the amendments it can propose on its own any day that it sits in session?

No matter who proposes the amendments, the requirement of 38 states for ratification is a guarantee that only amendments supported by the vast majority of the American people can become part of our Constitution.

The Scope of an Article V Convention Can Be Limited.

Article V naysayers claim that at an Article V Convention, our entire Constitution will be thrown open for surgery—including our Bill of Rights.  This is wrong as a matter of fact, precedent, and logic.

Fact  - Over 400 applications for an Article V Convention have been filed.  The reason we have never had one is because there have never been 34 applications seeking a convention for the same purpose.  This fact demonstrates that the purpose or scope specified in the applications do matter, and only when 34 states agree to convene on a given topic will the Convention even be triggered.

Logic – Official meetings of any kind always have a stated purpose and/or agenda.  There is just no other rational way to conduct business.

Conclusion – The Convention of States Project application limits the scope of an Article V Convention to proposing amendments that impose fiscal restraints on the federal government, limit the power and jurisdiction of the federal government, and set term limits for its officials and members of Congress.  States can instruct their delegates to entertain only a more narrow scope of proposals, but they cannot broaden the topic beyond that identified in the 34 triggering applications.  Contrary conclusions have no basis in fact, law or history.

There are Numerous, Redundant Safeguards on the Article V Convention Process.

(3)Even if a majority of convention delegates went rogue, and state legislatures failed to stop commissioners from acting beyond their powers, and Congress nevertheless sent the illicit amendment proposals to the states for ratification, the courts would declare the proposals void.  While the courts don’t have a wonderful track record in interpreting broad constitutional language, they do have an excellent track record of enforcing clear, technical matters of procedure and agency law.

(4)Even if ALL of those protections failed, it borders insanity to think that 38 states (the requirement for ratification) would ratify an amendment proposed under these circumstances.

Voting at an Article V Convention Will Be On a One-State, One-Vote Basis.

This is also a matter of history.  In 1788, the Virginia legislature correctly called this process a “convention of states” in the first application ever passed under Article V.  Nothing has changed since then.

At a convention of states, voting is by states.

Our Constitution is Not the Illegitimate Result of a “Runaway Convention.”

The argument that our Constitution is the result of a “runaway convention” that was called by the Confederation Congress to “solely revise the Articles of Confederation” is a myth that is easily debunked by an examination of historical documents—the language and date of the Virginia call for the convention, and the instructions given to its delegates as well as the instructions given by the other states to their delegates.

The Confederation Congress did not “call” the 1787 Constitutional Convention, it merely made a recommendation.  It had no authority to call a convention under the Articles of Confederation—but the states did retain this authority as an aspect of their residual sovereignty.  For a complete discussion, see this article by constitutional attorney and Article V expert, Michael Farris.

At the outset of this paper, I promised that the answers you would find here are all grounded in some combination of historical fact, law, precedent and/or logic.  I have kept my promise.

Now I challenge you to review the claims made by the Article V naysayers.  You will find quotes from others who have arrived at the same erroneous conclusions.  You will find theories that an examination of historical records exposes as specious.  You will find conspiracy theories, fears, and prophecies of impending doom in the event that we dare to call together state representatives for a meeting under the Article V procedure.  What you will not find are accurate facts, law, or precedents.  Asking “What if…?” questions that posit far-fetched scenarios is a poor substitute for a reasoned argument against acting pursuant to the Constitution to rescue our nation.

Our forefathers pledged their lives, their fortunes, and their sacred honor when they fought a bloody revolution to secure for us the right of self-governance.  They knew a day would come when we would need a way to restrain a power-grabbing federal government.  So they gave us Article V’s convention mechanism.  It ingeniously capitalizes on the natural alignment of the interest of state legislators (in having governing power at the state level) with the interest of the people (in restraining federal power).

Once we understand the truth about Article V, there is one question that remains.  Are we really so fearful a people that we will stand by and watch our federal government mutate into a socialist regime rather than “risk” sending our state representatives to a meeting?