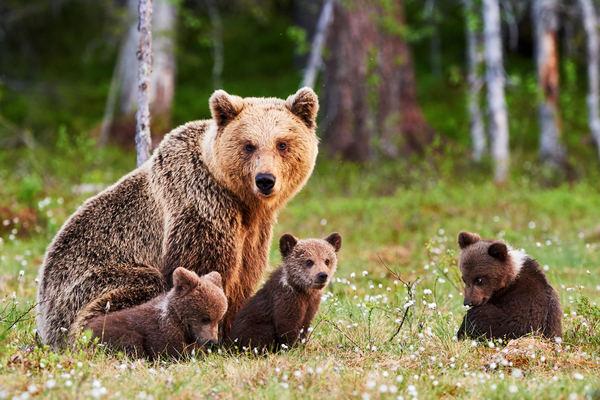 As they moved westward, their strongest men inexplicably dropped dead along the trail. In a company of pioneers trudging forward through harsh, early winter conditions, the sudden deaths caused great concern. The company leader ordered an investigation.

The ones still alive were all half-frozen. As their supplies dwindled, their daily ration of food was one small, eight-ounce pouch of flour. These strong men were scooping much of their flour into their children’s pouches so that they might make it safely to their land of promise

The hardships these pioneers endured paled in comparison to their vision to secure their own piece of land and the right to govern themselves, and to pass on to their children the opportunity to prosper.

The movie “Monumental” depicts how the pilgrims suffered intensely during their first winter. Nevertheless, the sickly settlers refused to give up and sail back to England, having a “generational vision that they could lay their lives down in this wilderness and literally put their faces down in the mud and have their children walk on their backs to a better day.”

Aren’t we all pioneers and pilgrims? Don’t we all share the same “generational vision” of healthier air, water and wildlife; safe and vibrant communities; and abundant recreation?

We’ve been told for decades now that, to achieve this promise, we have to trust distant federal bureaucrats with the management of our unique lands. However, federal bureaucrats, more concerned with policies than promises, lock up our lands like they are in a museum — Hands Off, Don’t Touch!

This “museum management” results in overgrown forests and record-setting catastrophic wildfires that pollute our air, destroy water supplies and habitat, and kill wildlife in the millions, leaving communities depressed and unsafe, and recreation areas burned up or blocked off. It’s Not Working!

It’s not working for the Oregon woman who was raped and brutalized in her own home because federal policies shut down the timber industry that funded the sheriff’s department. When she called 911, all the operator could do was to tell her to “call back tomorrow” because, with only two deputies, the sheriff’s office could not respond.

It’s not working for the little bear cub in eastern Washington state who crawled desperately on her little paws, burned up to her elbows, to find anywhere that was not an inferno. State wildlife agents found her and she was nursed to health, only to be released into another overgrown forest. Every year, millions of her forest mates are not so lucky.

It’s not working for the lands and people of Montana. Firefighters in the state put out wildfires, on average, at less than 10 acres. Their helicopters are equipped to carry more water and drop it faster. When wildfires broke out on federal lands, five Montana crews were in the air. However, the U.S. Forest Service grounded them because the Montana helicopters were “not on their approved list.” The Montana crews sat there on the ground watching thousands upon thousands of acres burn, their air polluted for weeks, and their water supplies decimated.

It’s not working for Garfield County, Utah, where they recently declared an economic state of emergency. Inflicted by a host of federal lands policies, from a two millionacre national monument that shut down the world’s largest reserve of the cleanest coal, to federal policies that decimated their timber and livestock industries, the number one export from Garfield County is now their children.

It’s not working for national security or energy independence. China controls nearly 90% of the world market for rare earth elements that are vital to the technology that keeps our planes in the air, ships on the water, and troops on the field. We have rare earth elements in abundance locked up from New Mexico to Alaska in federally controlled lands. We are dependent on foreign powers that manipulate the price and supply of our energy. According to the U.S. GAO, there is more recoverable oil in Utah, Colorado, and Wyoming than in the rest of the world combined, locked up in federally controlled lands.

It’s not working for the nation. The federal government extracts billions of dollars each year from taxpayers east of the Rockies, to subsidize western communities that are thwarted in their ability to raise sufficient revenues for public services because the federal government controls up to 90% of their lands. Worse yet, Congress regularly holds these funds to western communities hostage in a sort of “two-bit protection racket,” as Sen. Mike Lee calls it, to garner western votes for hundreds of billions to be doled out from the “dysfunctional favor bank” that epitomizes D.C. politics. This undermines our system of strong, self-reliant states meant to check federal overreach.

It’s time to Free the Lands for more effective local care and management. Who better to care for the unique lands and interests of Nevada (85% federally controlled) than Nevadans? Or, for the unique lands of Alaska (more than 225 million acres federally controlled) than Alaskans? With the same “generational vision” that built this nation, we can secure the opportunity for our children to prosper. A Convention of States has the power to propose amendments that will rein in an out-of-control federal land baron, transition to more effective local care of our unique lands, and unleash a national economic renaissance.

What’s in your flour pouch?