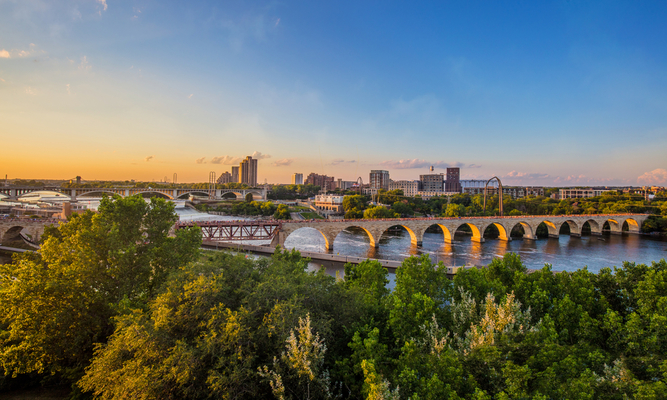 MINNESOTANS UNDECIDED IN DIRECTION OF STATE, BUT CLEARLY WANT REFORM IN WASHINGTON.

ST. PAUL, MN, March 26 – Days after one of the most successful statehouse rallies for the Convention of States Minnesota team that included special guests Mark Meckler, COS Founder and Pete Hegseth, Fox & Friends Weekend host, and more than twenty (20) legislators, a statewide survey was initiated to gauge support for the growing movement.

Moore Information research firm conducted a statewide poll of 400 likely Minnesota voters on March 20-21, 2018, measuring support for the Minnesota’s Governor Race, President Trump, Congressional approval and the Convention of States. Republicans, Democrats and Independents were part of this survey.

More than three-fourths of Minnesota voters—76% favor the state calling for an Article V convention to propose constitutional amendments that limit federal spending, limit federal power, and establish term limits for Congress and/or federal judges. Looking at the issue with more specificity,

Commenting on the survey, Convention of States Action President Mark Meckler said, “Minnesota voters from all parties unequivocally support reining in ‘the swamp,’ but the question before us is will the Minnesota legislature come together to comply with the will of voters? Will they stand with the ruling elite to keep power in Washington, D.C., or will we see them stand and fight to return power to Minnesotans in this heated election year?”

In the race for the Republican nomination for Governor, in an eight-way ballot test, Jeff Johnson leads the field with 17%, followed by Lance Johnson at 4% and Keith Downey, Phillip Parrish and Mary Giuliani Stephens all at 3% each. Jeffrey Wharton came in with 2% of the vote, Nikolay Bey with 1% and Ole Savior last, receiving zero votes. Nearly seven-in-ten (68%) are undecided on a candidate today. Jeff Johnson is the favorite among both men and women, but men favor him more heavily.

Congress generates a widely negative job performance rating today; just 25% approve and fully 67% disapprove. Disapproval prevails throughout the state and among men and women of all ages. However, Republicans are divided (48-46%) and self-described “very” Conservatives approve (56-43%).

Methodology: A total of 400 online interviews were conducted March 20, 2018 among a representative sample of voters statewide in Minnesota. The potential sampling error is plus or minus 5% at the 95% confidence level.