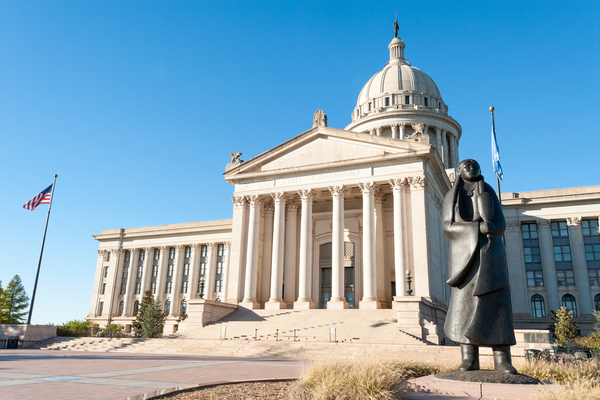 The following excerpt is from an article written by Oklahoma State Senator Josh Brecheen published on the DurantDemocrat.com.

Like many of you, I’ve been frustrated over America’s path. Endless federal spending, federal over-reach and Supreme Court rulings trampling state authority have led to disappointment, yet I’m hopeful given the growing support for using Article V of the U. S. Constitution to call for a Convention of the States for proposing amendments to limit federal debt/ federal powers.

Our nation is almost $19 trillion in debt. To pay this off, every taxpaying citizen would need to pay $150,000 to Uncle Sam. This year, the annual interest on this debt is $500 billion and growing every year. That’s completely wasted taxpayer funds that could have been spent on something of value if not for years of borrowing and living beyond our means. The longer we allow the debt loading to continue the less opportunity ahead for all Americans and our children.

Congress could stop the growth of this debt by passing a balanced budget amendment and our federal government/courts could be limited in scope by carefully crafted constitutional amendments that embolden state rights on a myriad of subjects. However, history has proven Congress, as a whole, isn’t going to rein itself in and limit its own powers. With that said, the states CAN rein in the federal government through a process envisioned by our founding fathers and found under Article V of the U. S. Constitution.

Article V allows the states to convene a Convention of the States to propose an amendment to the Constitution when Congress or the Courts or both bodies refuse to address an egregious wrong suffered by the people. If two-thirds, or 34, of the states call for an amendments convention to propose changes, Congress has to comply and set the time and place for such a convention