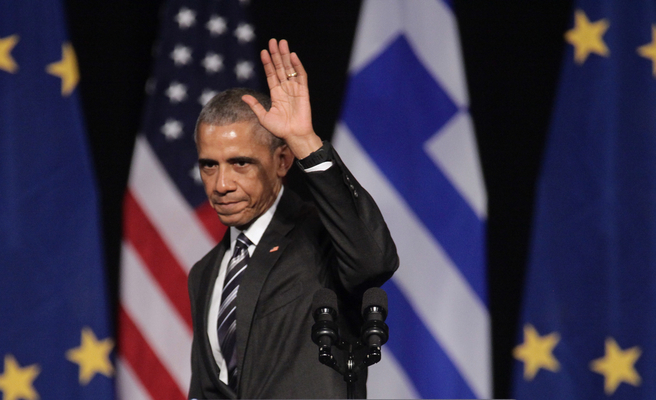 The Constitution stipulates that Congress is this country’s only lawmaking body, but President Obama was by far the most prolific lawmaker in 2016.

A new report from the Competitive Enterprise Institute found that the President handed down 18 new regulations for every law Congress passed. He also added to the mountain of red tape by including a record-breaking 97,110 pages in the 2016 Federal Register.

Between implementation and business losses, these new regulations have and will continue to cost the economy billions of dollars. The worst part? Obama never had to think twice about the will of We the People before putting his pen and phone to work.

Some regulation is necessary, but it should come from the people’s representatives -- not the mind of one man.

That’s why millions of Americans have joined the Convention of States Project to call an Article V Amendments Convention. An Article V Convention is called and controlled by the people and the states, and has the power to propose constitutional amendments.

These amendments can clarify the fact that Congress and Congress alone has the authority to create laws. Constitutional amendments can also scale back regulation and red tape by limiting the jurisdiction of federal agencies to specific, enumerated subjects.

The next president might not hand down as much regulation, but, unless the states call a Convention of States, his successor might be even worse than the current president.