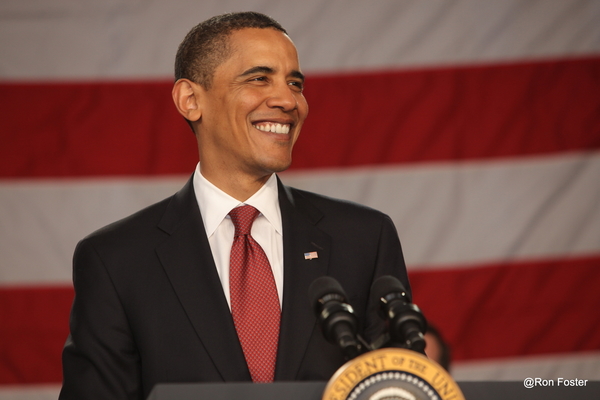 President Obama's pledge to pursue "audacious" executive action during his final year in office is stirring a frenzy of speculation about what he might have up his sleeve.

White House chief of staff Denis McDonough this week said “audacious” executive actions on tap for 2016 are being carefully crafted to “make sure the steps we have taken are ones we can lock down and not be subjected to undoing through [Congress] or otherwise.”

A White House official was non-committal when asked about which specific executive actions the president might be considering.

“The president has laid out a number of issues he wants to work with Congress on, including approving the Trans-Pacific Partnership, reforming our criminal justice system, authorizing the use of military force against ISIL, tackling heroin abuse, addressing poverty, and supporting a moonshot to cure cancer,” the official said. “But the president has also been clear that he’s not going to hesitate to act when Congress fails to do so.”

“Executive orders are very tough to deal with,” said Thomas Donohue, president and CEO of the U.S. Chamber of Commerce.

“I believe presidents ought to have executive power, but there are instances or times when it is abused and used basically to get around the Congress – not to deal with emergencies or particular sensitive issues that everyone sort of agrees on. You can assume that we will be very involved with every tool we have.”

Whether his moves are “audacious” or not, Obama is going to have to some tough choices to make in the months ahead.

The president has indicated he is focused on equal pay, campaign finance reform, gun control and closing the prison at Guantánamo Bay, among other things. But where he decides to take unilateral action is anyone’s guess.

That the President can even consider "unilateral action" goes against everything the Founders intended when they wrote the Constitution. Kings take unilateral action -- we don't have a king, and it's time someone told the President. Click here be a part of the only solution that can effectively, safely, and permanently limit all three branches of the federal government.