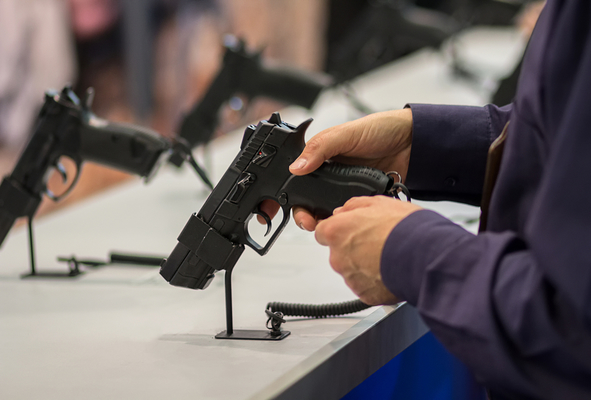 The Obama administration announced during a conference call with reporters Monday evening that the president’s upcoming executive order may require somebody selling even a single firearm to obtain a Federal Firearms License.

During the call White House Press Secretary Josh Earnest, White House Senior Adviser Valerie Jarrett, and Attorney General Loretta Lynch explained the details of the order, which will be announced publicly by President Obama Tuesday at 11:40 a.m. The action, officials explained, would include guidance on how the Bureau of Alcohol, Tobacco, Firearms, and Explosives will now determine who is “engaged in the business” of selling firearms under federal law and, therefore, who is required to obtain a license to sell firearms.

“ATF will make clear that whether you are ‘engaged in the business’ depends on the facts and circumstances,” Jarrett said. “On factors such as: whether you represent yourself as a dealer, such as making business cards or taking credit card statements. Whether you sell firearms shortly after they’re acquired or whether you buy or sell in the original packaging.”

“Numbers are relevant. The ATF and DOJ did not identify a magic number of weapons that makes you engaged in the business because that would limit their ability to bring prosecution.”

Jarret then said that selling as few as “two firearms” could require somebody to obtain a federal firearms license. However, later in the call, Attorney General Lynch revised that number down further. “It can be as few as one or two depending upon the circumstances under which the person sells the gun,” Lynch said.

The federal firearms license application process takes several months to complete and costs a significant amount of money, according to the ATF website.

In addition to the new guidance on who must obtain a firearms license, Valerie Jarrett announced that the president would require the Social Security Administration to begin the rule-making process for prohibiting certain Social Security recipients from legally obtaining guns, a move that could bar millions from legally owning firearms.

The order will also include a number of other initiatives, including hiring more ATF agents, increasing research into so-called “smart gun” technology, adding further state recorders to the federal background check system, and making that system operate around the clock.

As Michael Farris, co-founder of the Convention of States Project, has said, this isn't about guns. This is about a President who acts like a king, blatantly disregarding the proper legislative process. Fortunately, the Founders gave us a solution in Article V of the Constitution, which allows the people -- acting through the states -- to propose constitutional amendments that limit the president's ability to impose illegal executive orders.