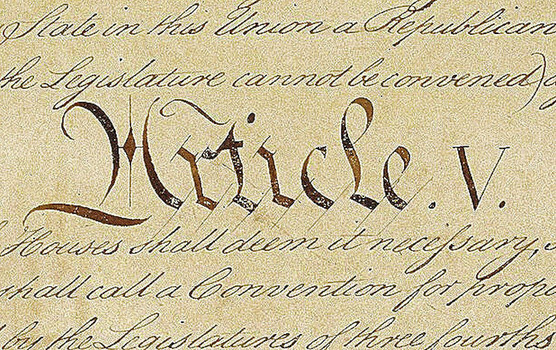 Are you carrying around a lot of anxiety about where our country is headed?

At the core of our problems is an over-reaching federal government that is exceeding its constitutional authority and causing a lot of self-inflicted wounds to our country.

There is a remedy that is currently working its way through the country that will fix this problem. This remedy has been sitting right under our noses. Action taken by you in the next 2 days could make a significant difference in Pennsylvania.

A little-known clause in Article 5 of the US Constitution allows the states to bypass the federal government, and to hold a convention of states to propose and ratify constitutional amendments. The best part is that the federal government has no authority to block or influence this process. SR 152 is up for a vote in the PA senate this coming week.

Once this resolution is passed in both the House and Senate, Pennsylvania will submit a formal application to the US Congress requesting an Article V amending convention of states and join the other 19 states that have already submitted an application.

It will require the support of many of us to get this resolution passed and I ask that you request family, friends, and associates to sign our petition so their voices can be heard as well.

Why we need a convention of states now

We are seeing significant overreach by our federal government:

Massive deficit spending and printing of money. 40% of our money supply was printed in the last 2 years. This is Reason #1 for our inflation. If it’s not already bad enough, the progressives want to spend another $5 Trillion on the Green New Deal.

Onerous regulations on our US energy producers have reduced production by 15% and caused gas prices to skyrocket.

Allowing an open southern border has encouraged 2 million illegal entries since Biden took office. Once they arrive, they are put on buses and delivered to towns all across our country.

Flagrant censorship of conservative views by Twitter, Facebook, and Google is permitted by Section 230 of the Communications Decency Act. This is preventing common sense views from reaching the masses.
What will happen at a convention of states?

Commissioners appointed by state legislatures will meet to draft constitutional amendments to fix three specific areas of overreach by our federal government:

Impose term limits on federal officials. With a reelection rate of 93%, our federal legislators remain in office for decades to pursue their personal ambitions, at the expense of the people they are supposed to represent. Getting rid of career politicians is an important first step.

Impose spending limits on the federal government via a Balanced Budget amendment or imposing a Fair Tax. Our national debt plus unfunded government pensions have reached $150 Trillion, which is a $450,000 debt for every American. It’s hard to believe that our federal legislators let this happen. They are poor stewards of our money and must be constrained.

Where Are We Today

The Convention of States Project was launched in 2013 and is rapidly gaining the needed support, primarily among Republicans.  It is well funded and super organized.

Nineteen states have already requested a convention of states. We need just 15 more states to sign on to reach the required 34 states.

As of June 26, 2022, Pennsylvania is very close to signing on and is taking a vote in the PA senate this coming week; but there are still Senators who are on the fence.

This is where you come in.

I am simply asking you to call your state senator on tomorrow, June 30, and ask them to support a convention of states via SR 152.

Reach out to your Senator.

Thanks for your support. 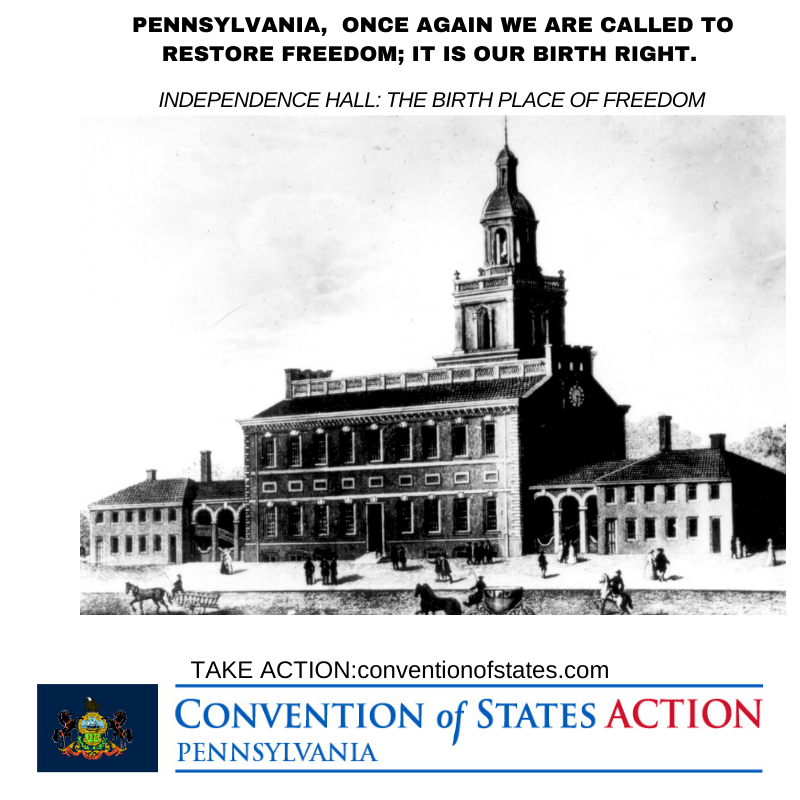